Effective January 1, 2022, proof of vaccination is required for all faculty, staff and students taking on-campus classes or accessing on-campus services. More information, including specifics for prospective students and visitors, is available at dccc.edu/vaccine-info. Face masks are required in all indoor facilities. 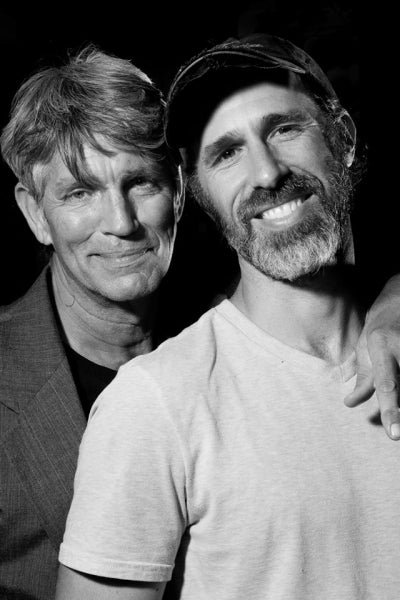 Brian Gallagher ‘99 is an alumnus with an interesting career. He is a former social worker who went on to battle zombies, escape summer camp slashers and come to work in the movie and TV industry. His is the story of a person who decided to change careers, a common theme among both students and graduates we work with on a regular basis. Recently, he wrote and directed his first feature film here in Delaware County, Ardmore Junction, while using social media to help fund the production costs. We look forward to learning more about his future roles as he pursues a career that can trace back to the stage of the College.

What year did you graduate from Delaware County Community College and with what degree?
“I graduated from the College in 1999 with an associate degree in Liberal Arts.”

Did you pursue further academic goals?
“Yes, I transferred to West Chester University and earned both a Bachelor’s and Master’s degree in Social Work.”

What are you doing now?
“After my time at West Chester, I helped run a violence prevention program in Philadelphia and Wilmington in addition to working as an adjunct professor teaching social work at Temple University. In 2006, I had sort of a pre-midlife crisis and decided a change was needed. I left my work and spent time traveling to Ireland, Chile, and Tucson, Arizona. When I came back, living on my meager savings and working odd jobs, I enrolled in an acting class at Hedgerow Theatre in Media. Acting was a passion that I really explored and developed at the College.

After studying at Hedgerow Theater, I realized I didn’t want to go back to social work.  In the last few years, I’ve continued to act and have slowly figured out how to earn a decent living in the entertainment industry. As an actor, I do independent films, commercials, voiceover work, and occasionally small spots on TV shows. I have also produced three movies, and finally stepped into writing and directing this past winter with the film Ardmore Junction."

What are your future plans?
“I need to see what comes from Ardmore Junction. We’re submitting it to several festivals, including the Philadelphia Film Festival, and hoping to garner enough interest to get distribution and funding for another project. In the meantime, I continue to audition for any paying gigs I can get as an actor. There is the possibility that I may be producing and acting this fall in one or two films with my friend and collaborator, the successful writer/director, B. Harrison Smith.”

What is your favorite memory of your time on campus?
“I loved hanging out with my fellow actors. We were a tight group and spent a lot of time in between classes memorizing lines and rehearsing scenes together, as well as just being creative in the moment--doing improv or writing songs. These are much cherished memories.”

Did you have a favorite professor or class during your studies?
“I have fond memories of the acting department. The people I worked most closely with were Professor Carole Leporati and Rico Rosetti, a former student who also went on to work in theatre, TV, and film who came back to direct us and coach us in a couple of shows. They were both really encouraging and inspiring during my studies.”

What advice would you give to current students and Alumni to make the most of the education they received from the College?
“Well...that’s a tricky question. I have two degrees in social work that I am not using at all and for which I am still deeply in debt. And yet, I’m happy with the decisions I’ve made career-wise, even though it took me a while to figure it out and I have a financial hole to dig out of. Coming out of The College puts you in a great position to both find work and further your study. But don’t hurry yourself to get into debt with further education unless you know for sure how you’ll get out of it. Freedom to choose is ultimately much more important than a degree, especially these days. Although I understand that sometimes a degree can bring more freedom to choose-but debt vs. possibility needs to be weighed carefully. What I would say, based on my own experience, is go for what you want. Try out a bunch of different things and figure out what makes you the happiest. Heck, stay at The College as long as you need to and take a bunch of interesting courses. Take your time. It is quality information for your life with a very small price tag that can help you discover your passion. Of course, there are practicalities involved in earning a living outside of what you love, until you can do it IN what you love...but you’ll figure that out. Just keep focusing on what you love to do. Delaware County Community College is a great place to begin to find that. If I had taken the risk to pursue what I loved right after graduating, I would have been following my passion eight years earlier--and debt free. So, patiently find and then follow YOUR passion.”