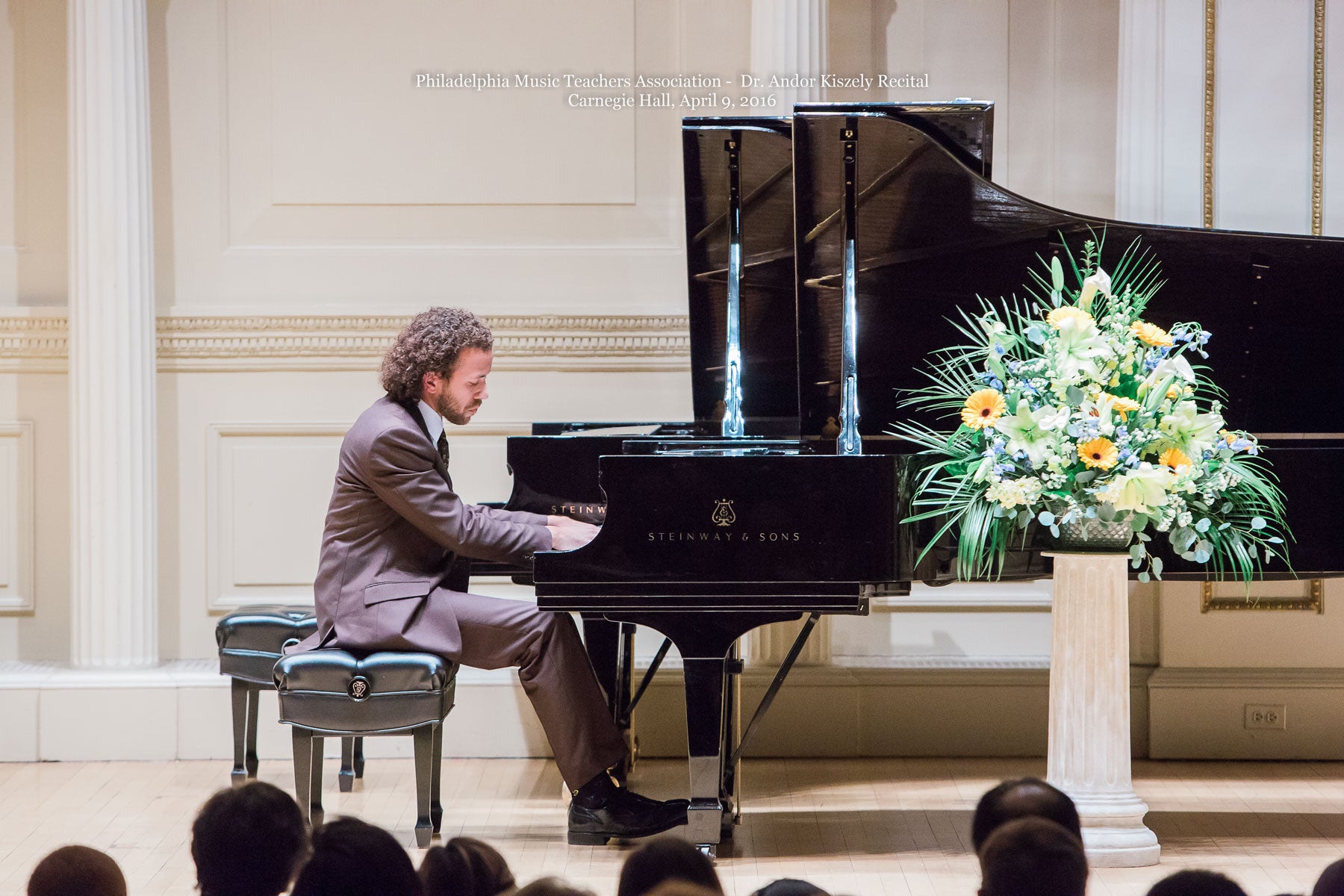 Dickerson’s passage into music began at age thirteen when he started playing a piano his mother had purchased from a thrift store. He took lessons for two years, but says that he copied his teacher’s hand movements rather than learning how to actually read music. He soon became frustrated with this habit and abandoned the piano to focus on graduating from Springfield High School and joining the U.S. Army.

From 2007 to 2011, Dickerson was in the U.S. Army and, after training, became a member of the Charlie Company, 1st Battalion, 325th Airborne Infantry Regiment, 82nd Airborne Division. In 2010, he was deployed to Kabul, Afghanistan. “There's nothing else like it, and as much as I had some of the worst times in my life there, I also had some of the best,” he says of his military experience, which he also credits with giving him an unrelenting drive that has impacted his musical and academic pursuits.

After completing his service, Dickerson struggled to readjust to civilian life and faced alcoholism. He sought treatment at an outpatient rehabilitation center for veterans and has been sober since July 2012. It was that August when he dusted-off his keyboard and reawakened his passion for music. “I realized that if I didn't return to piano right then and there, I would let go of the potential opportunity that I still had to become the greatest pianist my talents would allow me to become.”

With this renewed interest, Dickerson enrolled at the College in January 2013 and took courses in musical composition with Richard Belcastro, Assistant Professor of Music, and piano with adjunct professor Glenn Williams. Belcastro helped Dickerson to not only develop his musical talents, but also to realize the sacrifices that would come with life as a full-time musician. “That realism helped me to choose a career that would allow me the free time to spend with music and my loved ones, while still being able to afford a healthy lifestyle,” Dickerson says on his decision to major in Respiratory Therapy and pursue music in his spare time.

Dickerson continued his academic pursuits and became active on campus. He performed at several events, including the Phi Theta Kappa (PTK) induction ceremony, and became VP of fundraising and later president of PTK. Also, by the end of his first semester, Dickerson had started lessons with Akira Ikegami, the teacher who would help him get to Carnegie Hall.  But, the path to the famed New York City concert venue would not be easy.

To secure a spot in the recital, Dickerson had to audition in front of a panel of judges who he said could give poker players a run for their money. He later learned he was one of more than 400 musicians to audition. “I couldn’t get a read on their reaction to my performance, they hid it so well,” he says. “We were judged and graded according to age, musicality, accuracy, fluency, and I feared that because I've only been playing for a short time in comparison to most other aspiring classical musicians my age, that I wouldn't quite make the cut.”

Two days later, Ikegami called him with the news—he’d passed. “I know my parents and siblings are proud. My father, a jazz saxophonist, burst into tears when I told him.”

On April 9, Dickerson was one of 24 other young musicians to play the stage at Carnegie Hall. He performed Rachmaninoff's Prelude in C#minor, Op.3 No.2. “The performance was the perfect, once-in-a-lifetime occasion to demonstrate my love of music in a place where many an incredible musician has performed before me, from Nina Simone to Lang Lang to Sergei Rachmaninoff himself. It's just amazing to me that this is just another step (a great, big step) in my musical journey.”