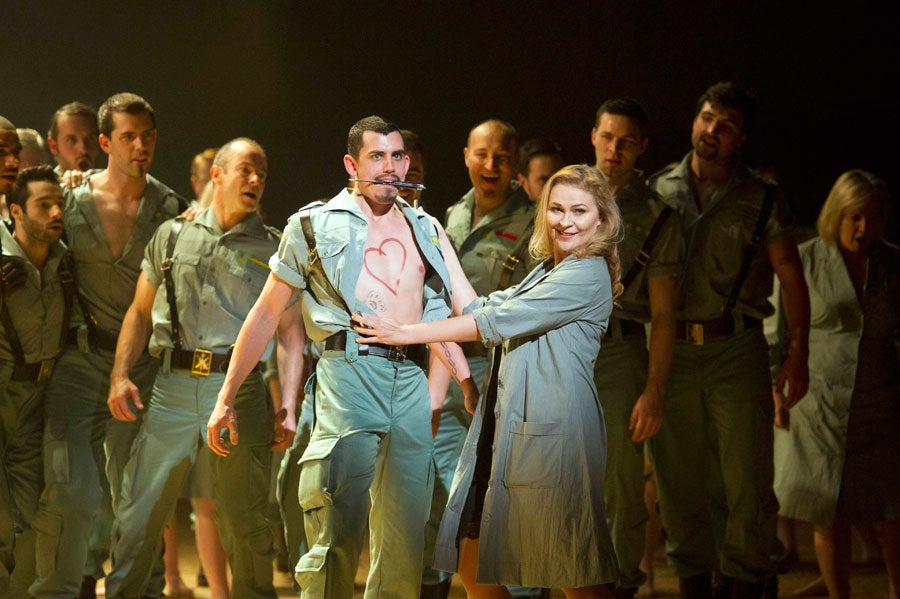 A passionate tale of lust, seduction and betrayal, no other opera boasts as popular a following as Bizet’s Carmen. Set during the dying days of Franco’s Spain, Calixto Bieito’s acclaimed production of this must-see opera has been enjoyed by audiences across Europe. Bizet’s dazzling score evokes all the sounds and the sizzling atmosphere of Spain through some of the opera’s most famous melodies, from Carmen’s seductive “Habanera” to the toreadors’ stirring parade.

Now in its sixth year, the College’s SpectiCast series brings the classical realm of music, dance and opera closer to home for residents of Delaware and Chester Counties. Each performance is produced using a state-of-the-art audiovisual system and is choreographed to capture the fullness of the orchestral performance and the intimacy of the on-stage experience. Performances are filmed live in some of the greatest venues around the world and then broadcast at the College.

This year features new lower prices. Admission is $15 for adults, $12 for seniors (50 and older) and $7 for students (with an ID) and children (13 and under). Tickets are available for purchase online and at the door 45 minutes prior to the show. For more information, please call 610-359-5266.