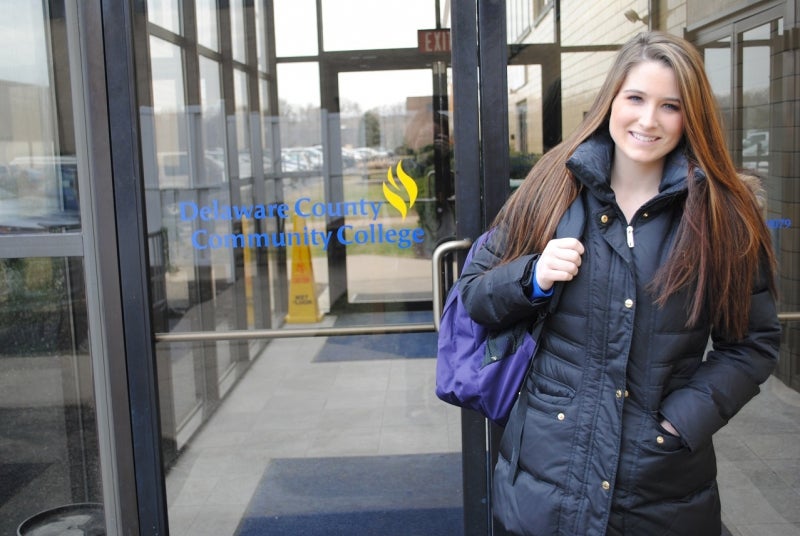 (Delaware and Chester Counties, PA, April 17, 2014)—Delaware County Community College is proud to announce that Audra McLaughlin, a resident of Glenolden and a student in the Medical Assistant program, has advanced to the live shows on NBC television’s singing competition The Voice. McLaughlin is one of 12 contestants to make it to the live rounds and is on country music icon Blake Shelton’s team.

McLaughlin, who began singing as a child, has been vocal about a learning disability that challenged her early in life. With the support of her family, she overcame her struggles and went on to begin college at Delaware County, where she holds a 3.5 GPA. She also has succeeded musically at the school, having won first place in the annual talent show in 2011.

“Delaware County Community College is such a great college,” says McLaughlin. “The school offers so many resources that I took advantage of, including the after-school program and tutoring sessions which helped me get through college. I’d recommend that any student start their career at Delaware County.”

Though she has taken a year off to pursue her music career, McLaughlin says that the College community has continued to support her. Many of her classmates actively root for her on social media and within the local community.

The opportunity to audition for The Voice began last April when McLaughlin’s vocal coach Melissa Daley from the Let There Be Rock School—Delco submitted a video of her performing. Within two weeks, she was invited to give a private, industry audition in New York City before being selected to participate in the show’s blind auditions.

During her blind audition in front of celebrity judges Shelton, Adam Levine, Shakira and Usher, McLaughlin stood out with her breathtaking performance of Bonnie Raitt’s “Angel from Montgomery.” All four judges turned their chairs for her, but she ultimately selected Shelton as her coach. As she moved on to the battle and knockout rounds, she continued to dazzle with her stunning performances and beat out her teammates to keep her place on Team Blake.

“Country music is what’s stuck with me since I first started singing, and it’s been such an amazing experience to work with someone I’ve always idolized,” she says of working with Shelton and appearing on the show. “I’ve already learned so much about myself as an artist and it’s great to inspire people that have had the same experiences as me.”

To anyone following their dreams, McLaughlin reminds them of how far she has come. “Even if you’re struggling in school, you can become an A student and be on a show like The Voice.

Watch McLaughlin continue in the competition on NBC. The Voice airs on Monday and Tuesday evenings. Learn more about McLaughlin at: www.audramclaughlin.com.