Student Helps Fellow Veterans Feel at Home at the College 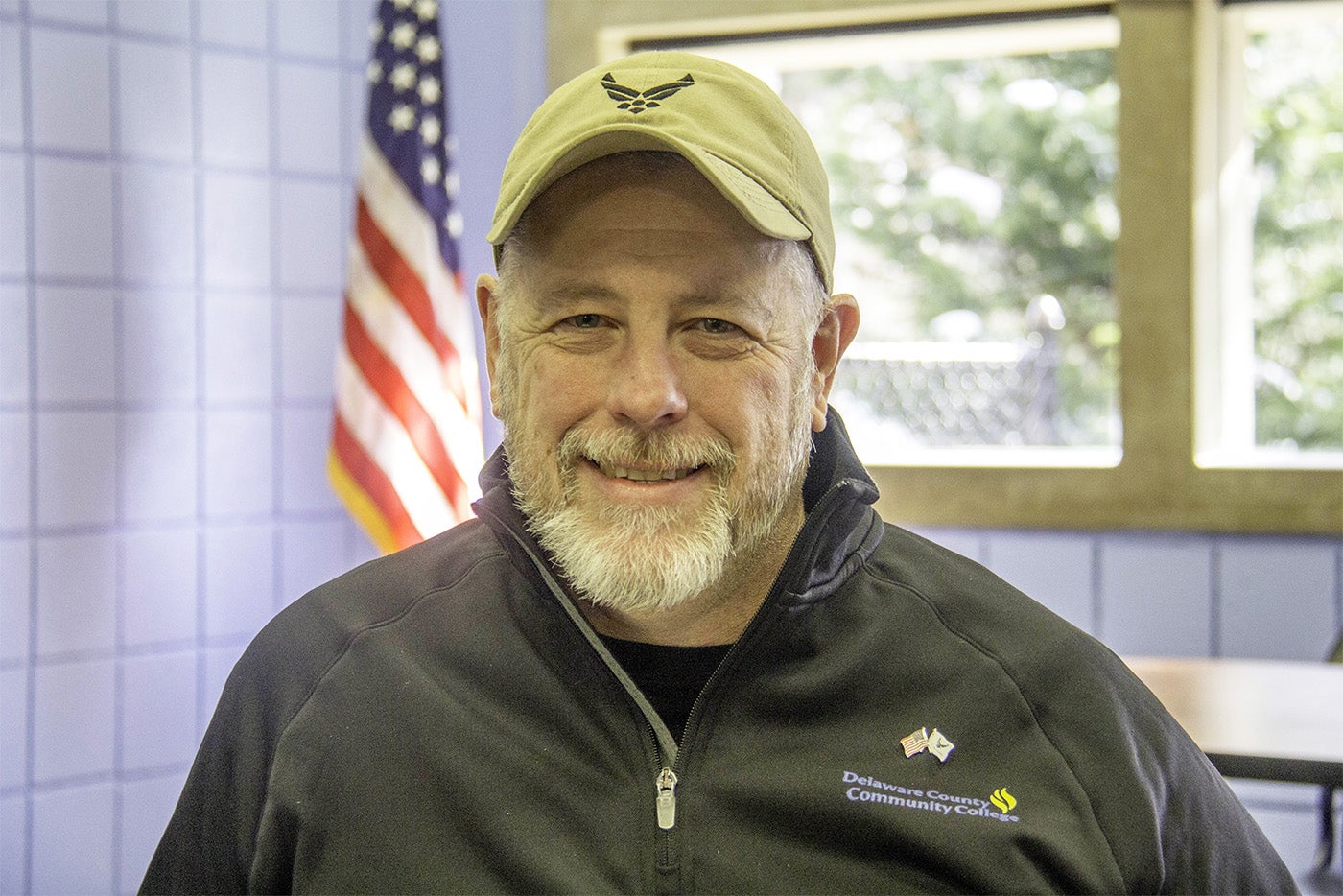 “At the conference, I’ll get to learn things that will help students here,” he says. “It feels great helping fellow veterans and helping College staff understand our perspective.”

A Business major, Saugling decided to return to school after serving in the Air Force followed by a career in retail. He served from 1986 to 1996 and earned the rank of sergeant. He was stationed around the country and world, including in Korea, Saudi Arabia, New York and Florida.

In addition to participating in the Student Veterans club, Saugling works in the College’s Nazz Mariani Veterans Center. “The College is great about offering services to veterans, including personal attention and help with financial aid. It’s easy to get questions answered here, and everyone I’ve come in contact with is phenomenal and always willing to help.”

Saugling also says he is happy that the College’s new president, Dr. L. Joy Gates Black, is an Air Force veteran herself. Dr. Black is focused on helping veterans and has formed a Veterans Task Force, which Saugling is a member of. “It’s nice to know someone who’s served and understands what it’s like to be a vet,” he says.

After graduating in May, Saugling plans to move west to complete a bachelor’s degree in business at Arizona State University.