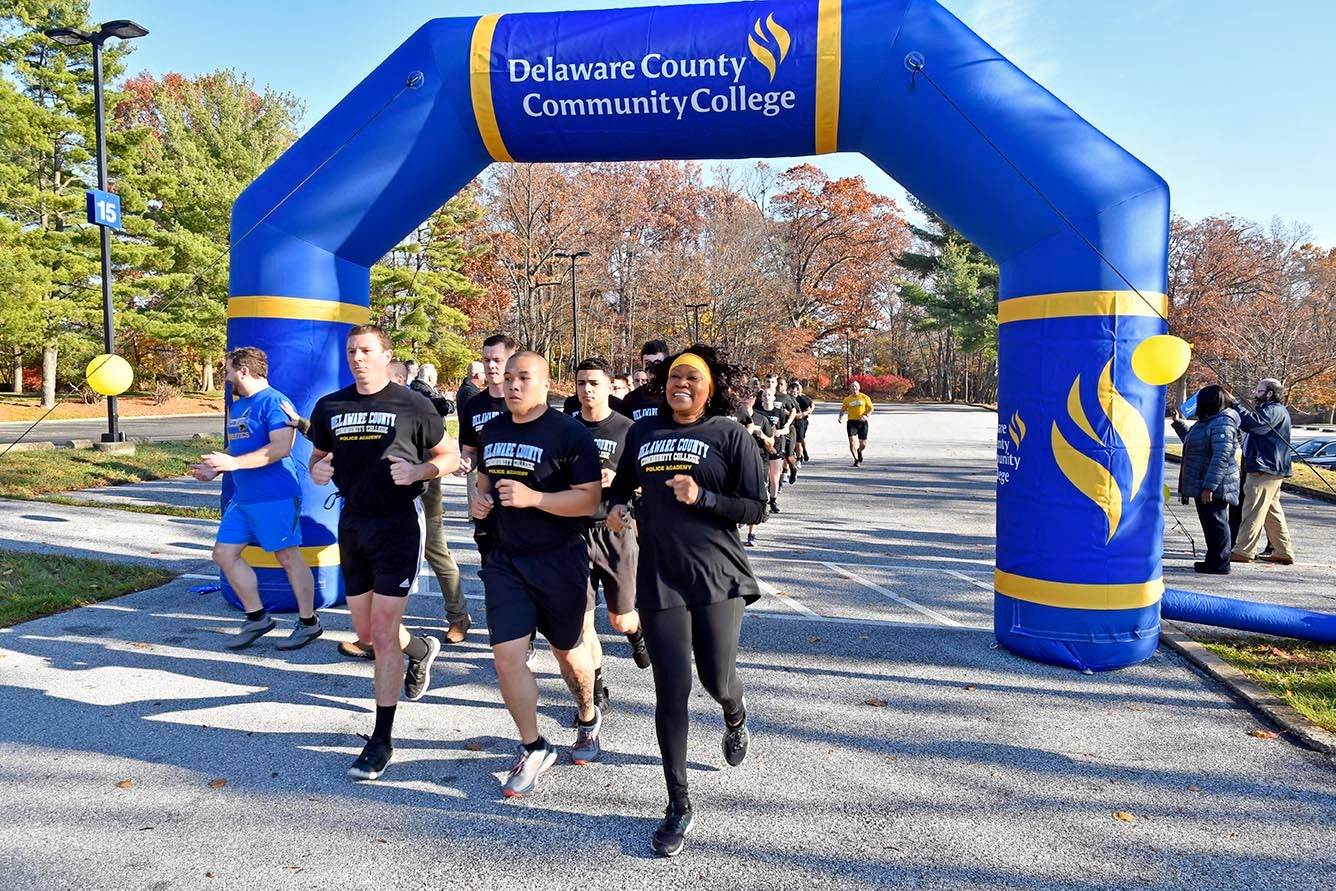 In addition, Dr. Gates Black and other College administrators joined the cadets during the final quarter mile of their run to show their support during this bi-annual event.

Woodard and Bakari Green Jr. are the first two Act 120 scholarship recipients. Act 120 is a certification that must be obtained in order to be employed as a police officer in the state of Pennsylvania. It is obtained by completing an Act 120 program from an accredited educational facility and passing a state examination. 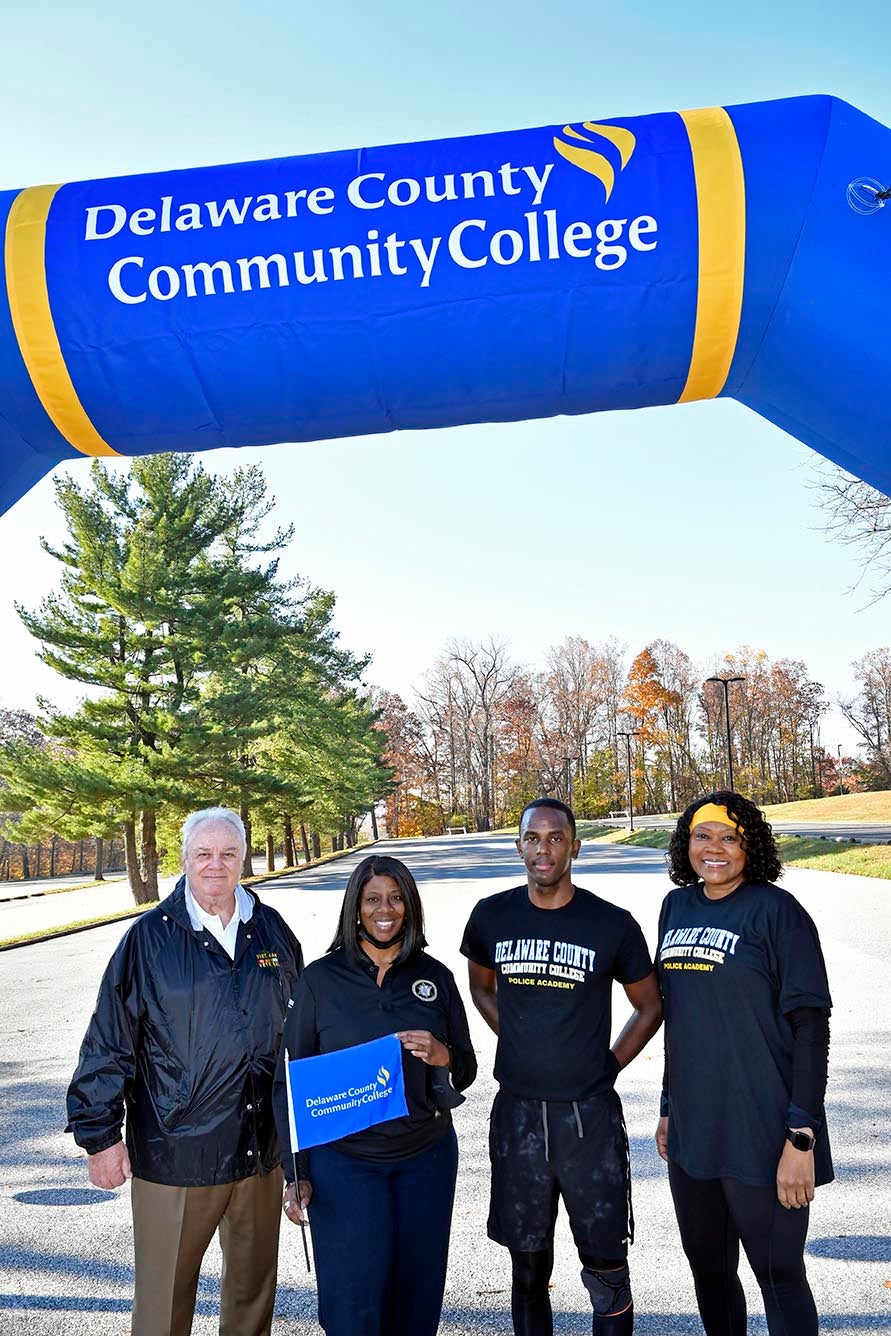 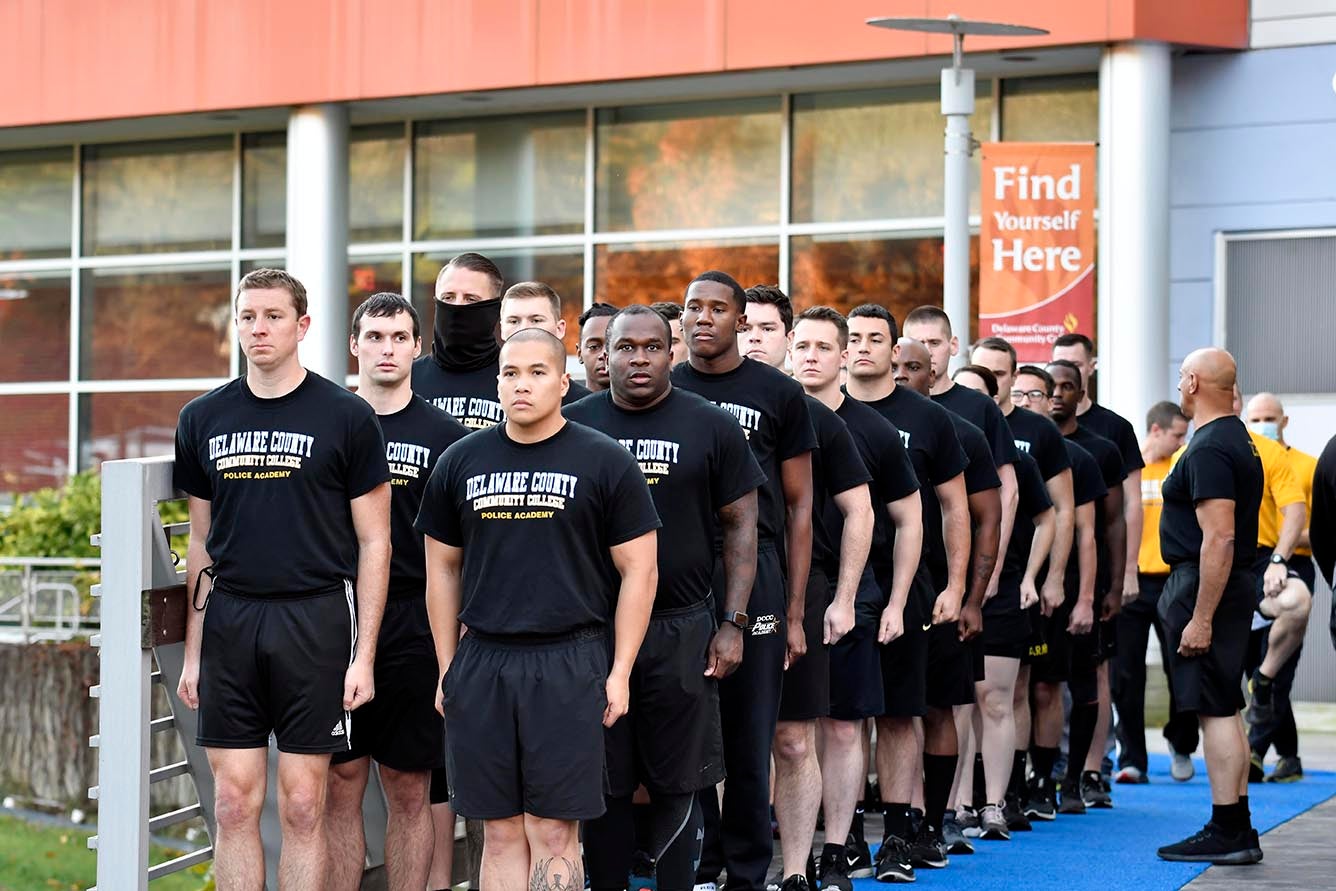 Cadets from the College’s Municipal Police Academy stand at attention in front of the STEM Center on the Marple Campus in preparation for their final training run.