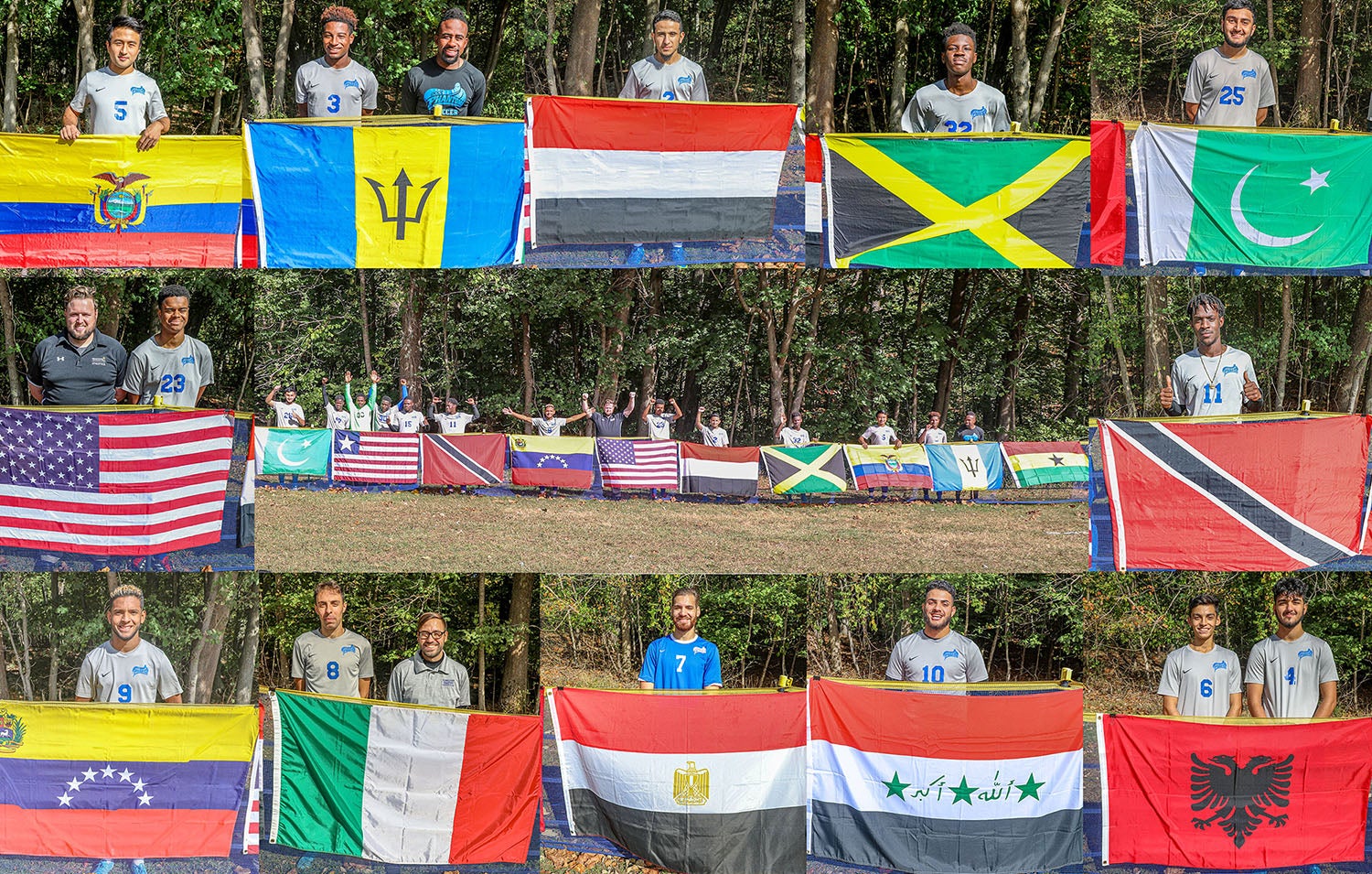 As the most popular sport in the world, soccer/football/fútbol is known for its ability to unite people and transcend language and cultural barriers the world over.

The diversity of the “beautiful game” and the power it possesses to bring people together has been perfectly embodied this season on the Delaware County Community College Phantoms men’s soccer team. Of the 20 players on the roster this season, 16 were born outside the United States.

“What I love in soccer is we can be from any part of the world and when we are playing soccer in the field we feel like a family,” said freshman Jorge Zea, who is one of five players on the team who graduated from Upper Darby High School. “It doesn’t matter your religion, culture or the country you are from, we all love the soccer ball and that’s what we do.”

“I used to learn English in my country but when I came here I was really shy about speaking the language so soccer was somewhere I was able to easily make friends,” Zea said.

Zea is one of two Jorges originally from South America on the team. The other Jorge, Jorge Barberan, is from Ecuador. The only continents not represented in the squad are Australia and Antartica.

Other players on the team hail from Liberia, Albania, Barbados, Ghana, Jamaica, Trinidad & Tobago, Egypt, Italy, Pakistan, Iraq and Yemen. Head coach Ryan Griffith, an alumnus in his 16th season at the helm, was born in Barbados.

Albano Balili was born in the U.S. but both of his parents are from Albania and he spent time living there when he was young before returning to the states in grade school. He said playing with such a diverse group has been a big learning experience.

“You get to learn what everyone on their team what their countries are like and the different ways they grew up,” said Balili, a center back who graduated from Interboro High School. “What I love in soccer is we can be from any part of the world and when we are playing soccer in the field we feel like a family. It doesn’t matter your religion, culture or the country you are from, we all love the soccer ball and that’s what we do.”

Sophomore defender/midfielder Yousif Taki grew up playing the game on the streets of Baghdad. He was introduced to organized soccer when he moved to the U.S. seven years ago and played at Downingtown East High School.

“When I started playing it was mostly for jokes and for fun,” Taki said. “We didn’t have shoes to play with and if we didn’t have goals we’d make them out of rocks. There’s no coach but then when I came here and played club ball and high school it was very different and I had to put a lot of work in to be where I am now.”

Taki said being involved in soccer has enriched his experience at the College, especially after transferring here after spending his freshman year at West Chester University.

“I’ve made a lot of friends and it’s made me feel a lot more comfortable with the school,” Taki said.

Friendship is a common theme that comes up in conversation with the Phantoms players, who say that rather than separating them their differences have brought them even closer together. They’ve taught each other dances and been introduced to new music and foods all while also blending experience and styles of play to put together a 7-7-1 record and a playoff berth.

First-year forward Dylan Tate, who grew up in Havertown and is one of just a few American-born players on the team, said he’s really appreciated how tight knit the team has been this season and how well it’s helped him adjust to college.

“We have a really great group,” Tate said. “We’re always hanging out and I love the diversity because we have kids from the Middle East, kids from Africa and kids from South America and Europe and we all really respect each other’s cultures and get along so well.”

The Phantoms season ended on October 26 in a first round playoff loss to RCSJ Gloucester. It was the program's fourth straight trip to the playoffs.

"I am so proud of this group," said Sara Steinman, Director of Wellness, Athletics and Recreation. "Less than 12 weeks ago, they came in not knowing each other, speaking different languages, and representing a variety of cultures. They have formed an incredible bond through the game of soccer and it's fascinating to see how the power of sport has connected these student-athletes from around the world."