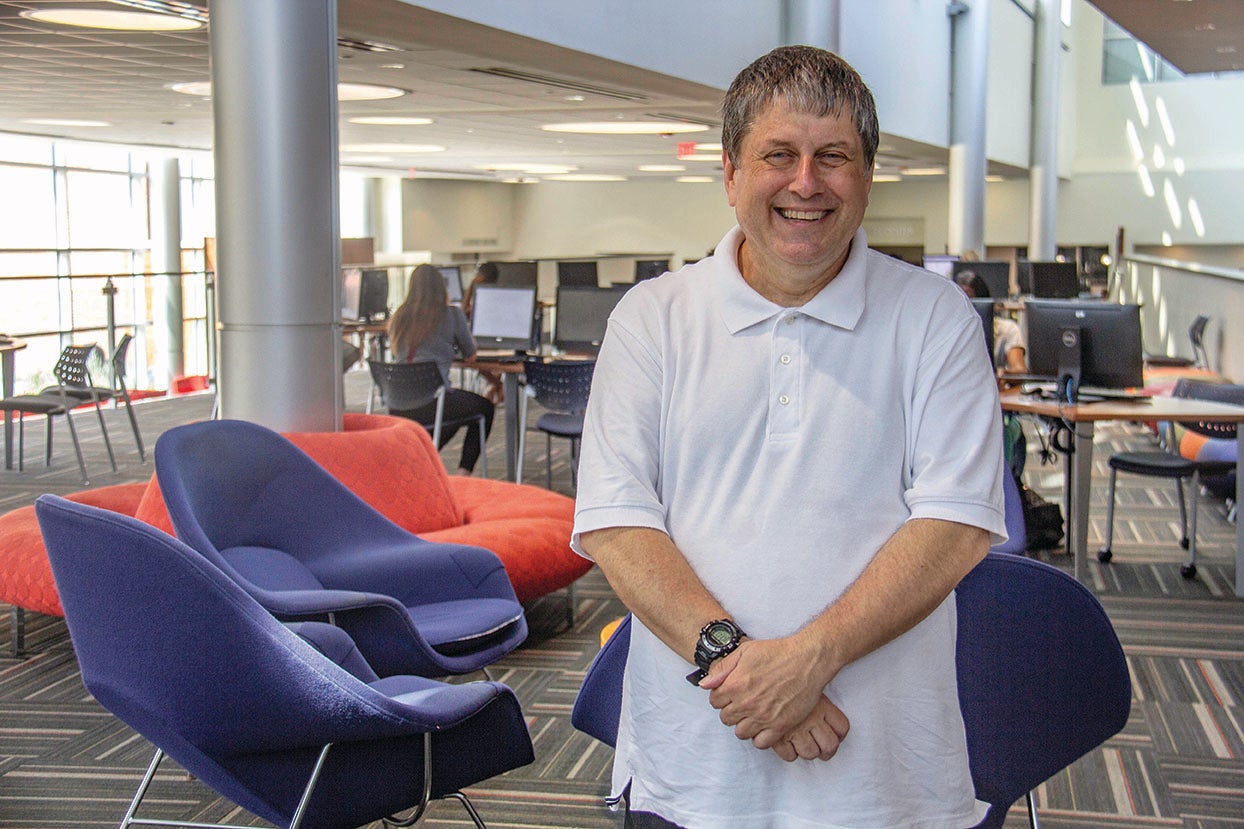 Later this year, Dr. Boncek will lecture, teach and research at the Mandalay Technological University in Patheingyi as part of a project to instruct students, observe teaching techniques, assist in curriculum development and learn how the university provides developmental and distance education.

It will be Dr. Boncek’s sixth trip to Asia. He previously taught at Saigon Technology University in Vietnam, and he has attended Mandarin language classes the past four summers in various locations in China, including at the Dalian University of Foreign Languages and at the Chinese Language Institute in Guilin.

“I want to develop an overall understanding of how higher education is being structured in East and Southeast Asia, and see this as obtaining another piece in the puzzle,” he said.

Dr. Boncek is one of more than 800 U.S. citizens who will teach, conduct research and/or provide expertise abroad for the 2019-2020 academic year through the Fulbright U.S. Scholar Program. Recipients of Fulbright awards are selected on the basis of academic and professional achievement, as well as record of service and demonstrated leadership in their respective fields.

The Fulbright Program is the U.S. government’s flagship international educational exchange program and is designed to build lasting connections between the people of the United States and the people of other countries. The program is funded through an annual appropriation made by the U.S. Congress to the U.S. Department of State. Participating governments and host institutions, corporations and foundations around the world also provide support to the program, which operates in more than 160 countries worldwide.

Since its establishment in 1946 under legislation introduced by the late U.S. Senator J. William Fulbright of Arkansas, the Fulbright Program has given more than 390,000 students, scholars, teachers, artists and professionals of all backgrounds and fields the opportunity to study, teach and conduct research, exchange ideas and contribute to finding solutions to shared international concerns.

Fulbrighters address critical global challenges in all disciplines, while building relationships, knowledge and leadership in support of the long-term interests of the United States. Fulbright alumni have achieved distinction in many fields, including 59 who have been awarded the Nobel Prize, 84 who have received Pulitzer Prizes and 37 who have served as a head of state or government.