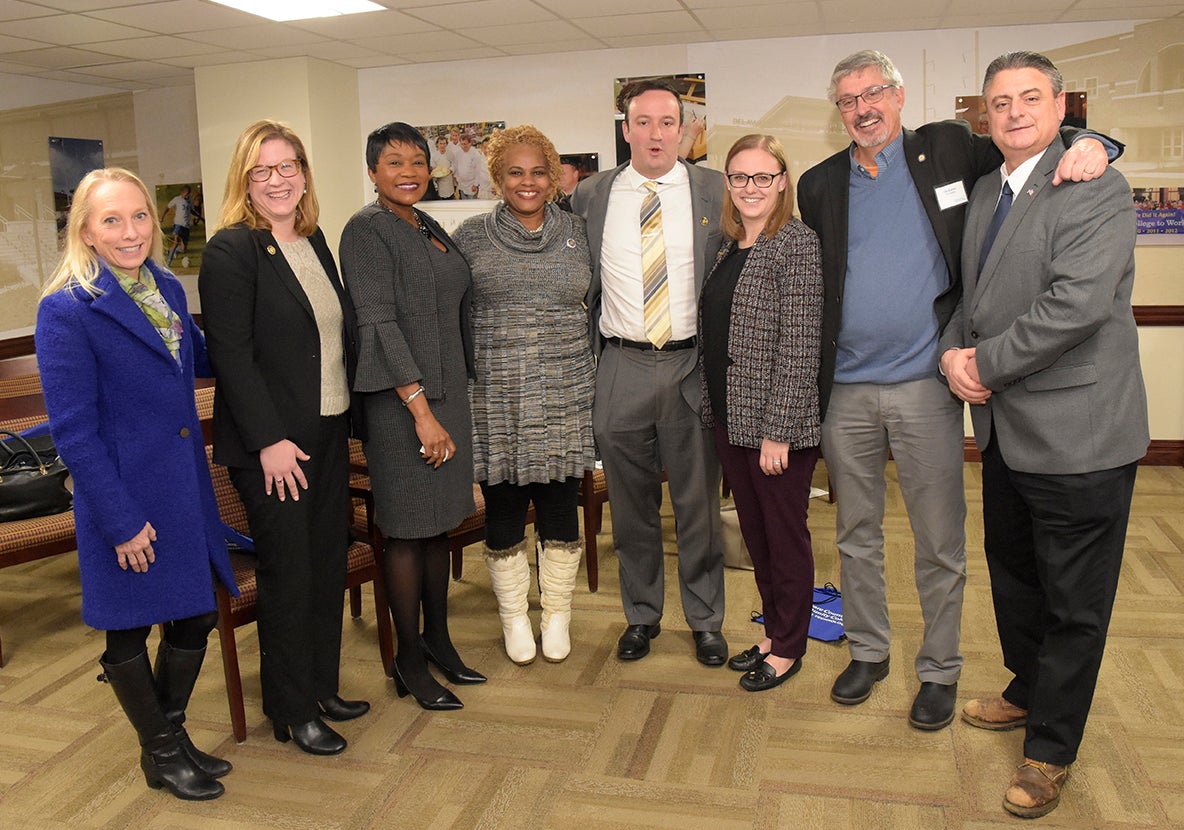 (Delaware and Chester Counties, PA • January 18, 2019)—Delaware County Community College held a legislative breakfast today at its Marple Campus to inform new and incumbent federal and state legislators about the many quality, affordable, education and training programs available at the College.

Led by Delaware County Community College President Dr. L. Joy Gates Black, College administrators provided presentations about the College’s economic impact on the region and the College’s workforce training programs for jobs in manufacturing and the skilled trades. Information also was provided about the College’s high school dual enrollment program, which allows high school students to earn college credits at a discounted tuition price while still in high school, and the college’s many dual admission agreements, which allow students to seamlessly transfer credits to four-year universities and colleges in the region.

Aside from government operating and capital funding support, Dr. Gates Black and several of the College’s trustees told the legislators that the Commonwealth’s 14 community colleges also need the help of legislators in getting the word out to their constituents about the affordable, accessible, education and training programs available at the state’s community colleges. According to the Pennsylvania Commission for Community Colleges, the number of jobs that require some postsecondary education and training, but not a bachelor’s degree, are expected to grow to 30 percent in Pennsylvania by 2020. It is estimated there will be nearly 600,000 jobs in Pennsylvania for workers without a bachelor’s degree, according to the Commission.

“The Commonwealth should implement a comprehensive public information campaign to educate policymakers and citizens about the role community colleges play in the Commonwealth’s education and workforce development systems and the benefits of attending a community college,” says the PA Commission for Community Colleges in a 2018 white paper titled, “Preparing Pennsylvania for the future: Recommendations to provide educational opportunities and build a skilled workforce in the Commonwealth.”