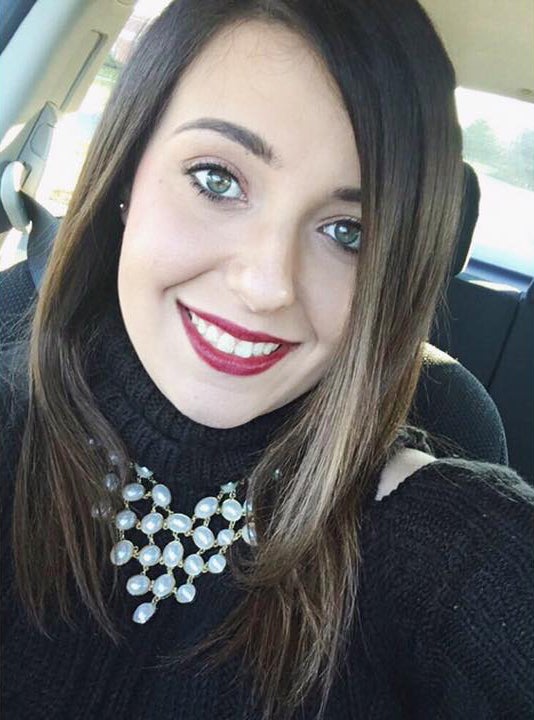 At Commencement this month, the Class of 2017 will be addressed by one of their own, Gina DiLuzio. During her time on campus, she has become a force to be reckoned with both inside and outside the classroom.

In April, Gina was one of 49 community college students across the state recently named to the All-Pennsylvania Academic team, which allows her to attend one of the 14 Pennsylvania State System universities tuition free for up to two years. In the fall, she will be taking her impressive GPA to Albright College where she will continue her studies in psychology. Her academic achievements are very impressive in light of the fact that she suffers from Reflex Sympathetic Dystrophy, a neurological disorder that causes chronic pain in the hands, arms and other parts of the body. She has had several surgeries and is on the list for a kidney transplant, for which she receives regular treatments until one becomes available.

When not excelling in the classroom, Gina is a highly engaged student leader. She is the President of the College’s Phi Theta Kappa chapter, Vice President of buildOn, a Student Success program mentor, a tutor and student ambassador tasked with helping students get acclimated to the College during their first semester. Gina is a regular fixture in the Campus Life office and works closely with its director, Allyson Gleason. “Between her support of her peers and service to the College through various committees and student organizations, Gina has been a true asset to the campus community,” said Gleason. The campus life office is Gina’s home away from home and her presence will be truly missed.

Gina is also well respected by faculty and staff throughout the College. Ryan Jeral, Associate Director for Advising and Support, had this to say regarding Gina’s graduation: “Gina's journey, both academically and personally, is nothing short of awe-inspiring. She's had to overcome many obstacles in her life that, in most cases, would have delayed the average person; however, there's nothing average about Gina. She blends humor, grace, and a sense of humbleness along with a huge amount of determination to get to this point in her life.” Jeral will be front and center for Gina’s commencement speech to keep her calm but also to help cheer her on.

The Alumni Association looks forward to working with Gina as one of its newest volunteers and sends best wishes to the entire class of 2017.