Learning from Our History: An Exhibit of Dockets for Enslaved People in Delaware County 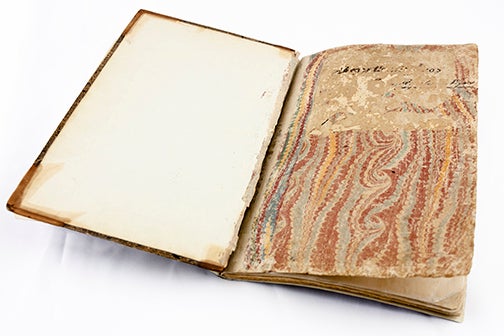 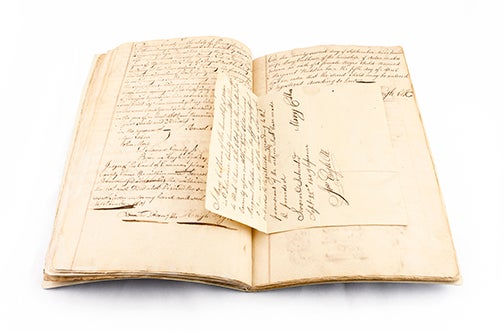 Approximately 15 years ago, the Delaware County Bar Association became the custodian of certain historical records colloquially known as “The Slave Dockets.” This book is the original docketing, or official transcript, of criminal and other legal matters relative to persons of African ancestry living in what was then Chester County, Pennsylvania. The first entry dates back to 1762.

A bit of history is necessary to understand the historical significance of these documents. The area that is now Delaware County, Pennsylvania is the oldest settled section of Pennsylvania.  The first major European settlement in Delaware County was in 1643, under Governor Prinz and it was settled under Swedish rule. By 1680, under King Charles II of England.

On December 7, 1682, the General Assembly of Pennsylvania met with William Penn and adopted his “Great Law of Pennsylvania.” The document granted the right to vote, citizenship, freedom of religion and trial by jury to all settlers in Chester, Pennsylvania. William Penn created a form of government which established Pennsylvania as a haven for the oppressed of all nations, with an emphasis on religious freedom, fair treatment of all people regardless of citizenship status, and a democratic form of government. 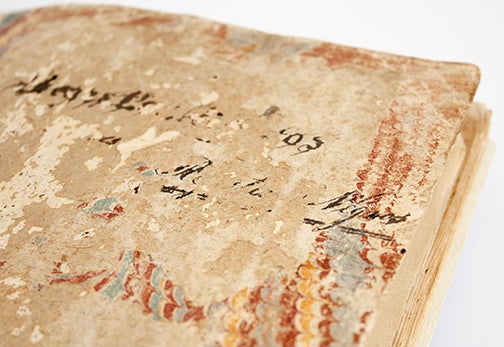 On November 27, 1700, the Pennsylvania General Assembly passed “An Act for the Trial of Negroes.” Acts such as this were passed throughout the colonies and commonly referred to as “Slave Codes.” This Act did not specifically reference slaves though it was primarily applied to slaves. By 1725, however, these provisions applied to all black people in Pennsylvania, whether enslaved or free. The Act established a Court consisting of two justices of the peace of the respective counties, along with “six of the most substantial freeholders of the neighborhood” to hear the evidence presented against the accused and determine guilt or innocence.

The Act for the Trial of Negroes set forth the various offenses that would be applicable, along with the punishments to be meted out with respect to the same. In addition to common law crimes such as burglary, rape and murder, among others, there were additional crimes that were applicable only to black Pennsylvanians. Punishments ranged from whippings to death by hanging. The Act also provided that the owner of any person who was convicted of a crime was required to make satisfaction to the wronged party.

The docket in possession of the Delaware County Bar Association is but one of countless dockets that chronicled the trials that took place under the Acts mentioned above. This particular docket sets forth, in the original handwritten form, a summary of the trials occurring in then Chester (now Delaware) County from 1762-1772. It also sets forth several registrations of then enslaved Pennsylvanians, of whom registration was required by the Act of 1780. Finally, this docket contains the registration of slave manumissions. These registrations were vital for the enslaved person to prove that he or she was granted his or her freedom and therefore not subject to the Fugitive Slave Acts of 1793 and 1854.

Of additional historical significance is that John Morton served as one of the justices of the peace in this particular docket. As many may know, John Morton was one of the signers of the Declaration of Independence, representing the Pennsylvania colony. It was ultimately John Morton’s cast vote in favor of revolution that broke the deadlock of the other Pennsylvania delegates to the Second Continental Congress and paved the way for a final vote by the Congress to break away from Britain. 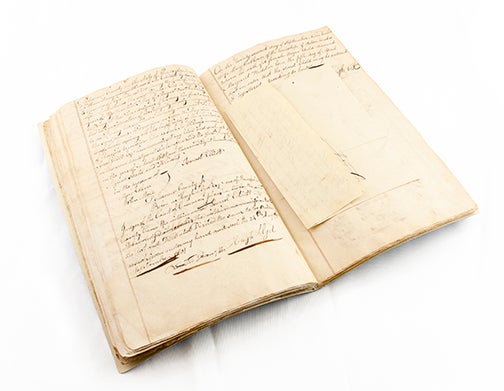 About the Delaware County Bar Association

The Delaware County Bar Association (DCBA), founded in 1872, proudly celebrates its 150th anniversary during 2022! Throughout its long history, the DCBA has worked diligently to bring local attorneys together and carry out its mission to the legal profession and community. To help celebrate this historic milestone, the DCBA is rolling out special programming all year long.

The Delaware County Bar Association is a professional organization dedicated to promoting the prompt and efficient administration of justice, equal access to legal services for all, the education of the public concerning their rights and responsibilities under law, the ethical and professional conduct of association members, the independence of the judiciary and the bar and fostering cooperation between them; professional and interpersonal activities for its members, and public awareness of the role of the legal profession in the administration of justice.

Justice, access to the law for the settlement of disputes, and the ethical and professional conduct of the members of the legal profession, were the goals and the desire of the inhabitants of the territory now comprising the County of Delaware, Commonwealth of Pennsylvania, long before the foundation of the DCBA. This yearlong celebration will highlight not only those events, activities, achievements, individuals, edifications, and institutions which existed contemporaneously with the DCBA over the last 150 years, but also the events and people that preceded the formation of the Association.

For members of the Association there will also be special Continuing Legal Education seminars that will be rich in general history of the DCBA and include selected biographies of past DCBA members, video presentations with photographs and memories of events, personalities, anecdotes, memorable trials, and other events of the past. More specifically, the celebration will include: the role of African Americans in DCBA history, the important role of women in the DCBA and the DCBA’s contributions to the pursuit of equal justice for all. The DCBA’s chapter of the American Inns of Court, the Guy G. deFuria Inn, will also contribute to the celebrations, as will the DCBA’s Bench Bar Conference Committee. Other presentations will honor Veterans. A highlight of the celebration will be a Cocktail Reception in September.

The DCBA remains one of the nation's oldest and largest local legal associations and continues to serve the profession and the community. Today, the DCBA boasts some 1,200 plus members and dozens of committees and sections. It is with great pride and pleasure that the DCBA shares itself and its history with one another and the community.