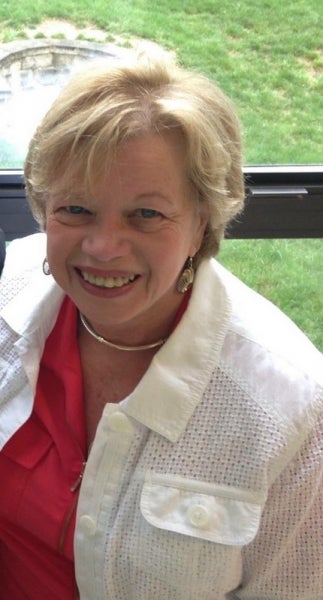 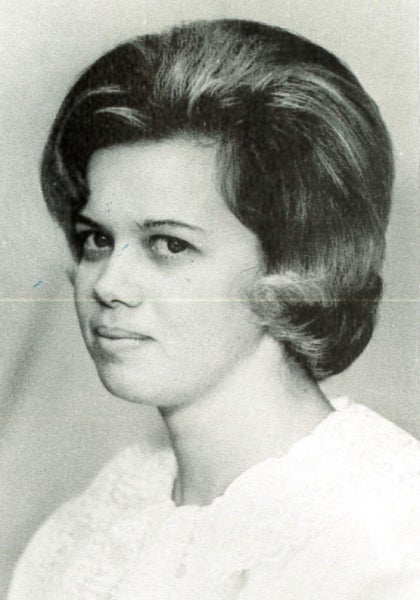 As one of the College’s first registered students, Jeanne (Livingston) Cathell ‘70 has many interesting stories to share. Jeanne began studying at the College before our current campus was open as she and her classmates first studied at Ridley High School and then at the Dante Campus in Concordville, Pennsylvania. We had lost touch with this VIP but thanks to the wonders of social media, the Alumni Association was able to reconnect and ask her to share her story.

What year did you graduate from Delaware County Community College and with what degree?
“I graduated with an Associate in Applied Science in Nursing in June 1970.”

Did you pursue further academic goals?
“Yes, over the years I attempted to complete my Bachelors of Science in Nursing (BSN), finally succeeding in 2004 when I graduated from Old Dominion University with a minor in business.

In 2011, I completed a Masters of Science in Addictive Studies. This degree was through an International Program in Addictive Studies, known as IPAS. IPAS is a unique collaboration of three of the world’s leading research universities in the field of Addiction Science: King’s College in London, the University of Adelaide and Virginia Commonwealth University.”

Where are you now?
“I currently live in Virginia and have been there with my family for the past 32 years.”

What is next for you professionally?
"I retired in May 2014, but returned to work for Anthem Blue Cross and Blue Shield about seven months later as a contract employee for a Quality Studies Project. The project lasts about five months, from January to May each year. I like the challenges this project presents, but I am also glad when May rolls around and I have the opportunity to ‘take it easy’ for a few months.’”

What is your favorite memory of your time on campus, outside of the classroom?
“When we moved to the Dante campus we had a ‘student center’ in the basement. The center consisted of about seven tables and chairs. Somewhere in the mix were several decks of pinochle cards. The games would become intense and I admit some of us missed class to finish out a game. We had a lot of great times around those tables.”

Did you have a favorite professor or class during your studies?
“My favorite classes were my nursing classes. It was amazing to learn something new every day. Dr. Virginia Harris was the Director of Health Science (nursing being the only Health Science at the time). She had served in the Army Nurses Corps during World War II (in Africa) and had some pretty exciting stories to tell. She demanded a lot from us, because a lot depended on us. We were told from day one about our role in making the nursing program accredited. The grading scale for nursing classes was a seven point scale versus a ten point for the rest of the College.  The pressure was to have a program which would guarantee that graduates would be able to pass state boards.

“Twenty students started in the program in September, 1968 and twelve students graduated in June 1970. Throughout the course of study one of the greatest lessons we learned was adaptability, a lesson which served me well throughout my career. I realize now that the program was being developed as we moved though it but, Dr. Harris acted as if everything was going according to plan.

“Our first clinical practice area was at Fair Acres in Media, the second semester we moved into a condemned empty house on the campus of Crozer-Chester Medical Center. That building was our home/classroom for the next three semesters. Jean Baldwin was our clinical instructor and a fantastic teacher and mentor. Sometime during our student days her mom came to live with her and she became our class mascot. She had faith in us even when we were not so sure we would make it. In July 1970, we took state boards, every member of the class passed on the first try. This helped ensure the school received accreditation.”

What advice would you give to current students and Alumni to capitalize on the education they received from the College?
“I think students need to be committed to their education. They need to remember that education is not a grade or merely a completed course. Rather, education is learning and then using new knowledge.

“Students should be excited about learning, and be willing to try new things, maybe take a course or two not in their field. When I went back to school to study for my BSN, we were required to take three courses not related to our field of study. I decided to select three business courses. Soon, I realized a few more courses would allow me to obtain a minor in business administration. It was like learning a new language.

“Over my career, I recalled the words ‘this is a business decision’ I really hated that phrase. After several business courses, I finally understood those words. Delaware County Community College students are fortunate to attend an innovative, forward thinking institution, one which has become part of the fabric of the community. I think students need to realize they are obligated to contribute to their communities. This does not necessarily mean money; often it means time and talent. The men and women who had the vision to push for a community college 50 years ago would be surprised at what the College has become, or maybe not. In 1967, they faced an uphill battle, but they were determined to make their vision a reality for the people of Delaware County, thank goodness for their success.”

All alumni, including Jeanne and her nursing classmates are invited to the College’s 50th anniversary celebration on Saturday, September 23, 2017 at 2 p.m. on the Marple Campus.