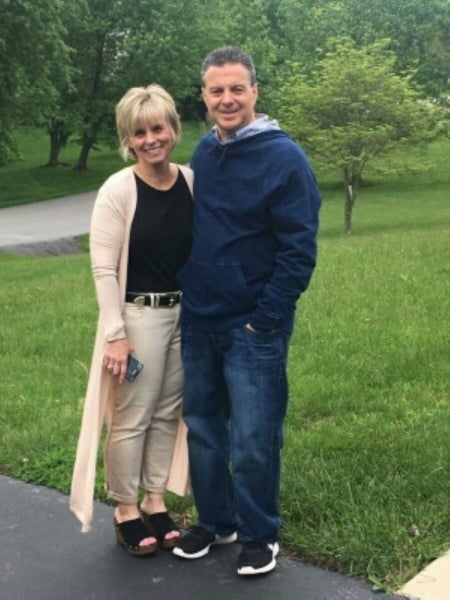 This month’s alumni profile came by way of a “humblebrag” of sorts. Cheryl Mattern ‘91 was so proud of her husband, Bill Mattern ‘91, who was recently promoted to a new job, she contacted the Alumni Association to share their story which began at Delaware County Community College.

Bill graduated high school and realized that shift work in a cardboard factory was just not going to make it happen. It dawned on him that a change was needed. In contrast, Cheryl enrolled as a nursing student right after high school, but later switched to business administration. After meeting Bill by chance, she too realized she needed a change. The new couple both worked full time and motivated each other, eventually graduating in the spring of 1991, with Associates of Science in Business Administration and married the following fall.

As newlyweds, the Matterns enrolled at Widener University to continue studying business administration and eventually graduated in 1997. They attribute their classroom accomplishments to their time on campus which has guided their careers for the last two decades. “DCCC played an important role in providing me not only a solid academic foundation but gave me the confidence I needed to believe that I could succeed at a high level and embrace new challenges” says Bill, who was recently promoted to Chief Lending Officer and Executive Vice President at Sharon Bank in Darby, Pennsylvania.

Cheryl has a similar endorsement “I would never have had an opportunity to advance my career had it not been for the skills and confidence I gained at the College.” Her career started in the banking industry, first as a Department Secretary and eventually becoming a Loan Services Quality Control Director for Main Line Bank. After taking time off to raise a family and work seasonally as tax preparer, she has recently started her own business, Image Matters Most, a mystery shopping service that assists local businesses improve their image and deliver better customer service by providing an unbiased audit of key areas in their business.

Like many students, The Matterns attended part-time, usually coming to class after a full day of work. Unfortunately, they did not have the chance to experience the college’s extra-curricular programs. However, both share an affinity for Professor Mary Ann Farrior, who taught both English and History at the College. They were also inspired through interacting with other part-time students, who were dealing with multiple responsibilities including work, family and homework at the same time.

As a new semester begins, The Matterns have a recommendation for those contemplating a return to the classroom, “Our advice would be, stop considering it and do it. If you are looking to start college or looking to go back to school, we would highly recommend contacting an advisor and taking the first step. That appointment ended up changing our lives.” We want to congratulate Bill on his recent promotion and Cheryl for her new entrepreneurial venture. There is still time to register for accelerated classes starting in next month for or for next semester. Visit https://www.dccc.edu/admissions for upcoming admissions information sessions and workshops.