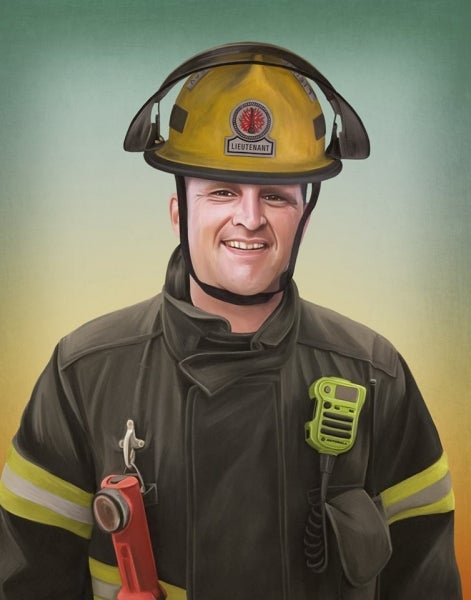 On Saturday, January 6, Delaware County Community College suffered a loss in its family. We were saddened to hear that Captain Matthew LeTourneau '95 of the Philadelphia Fire Department, perished in the line of duty while responding to a house fire in North Philadelphia. The tragedy hit the College hard as Captain LeTourneau was both an alumnus and an Emergency Medical Technician and CPR instructor for our Allied Health, Emergency Services & Nursing division.

Captain LeTourneau began his career with the Springfield (Delaware County) Fire Company while still a student at Cardinal O’Hara High School. He eventually became a member of the Philadelphia Fire Department and had a notable 11-year career, which included a promotion to lieutenant in 2015 and a letter of commendation for his work with the World Meeting of Families. He has been praised by his colleagues in the fire service around the region for his professionalism, work ethic and dedication to helping the public at large.

Here at the College, Captain LeTourneau was an instructor for Elaine Karr Remington, Director of Emergency Services Education. She had this to say about her former colleague “Matt was so many things to so many people. Not only to his blood family but also to his Emergency Services family, his community (Philadelphia and Delaware County), the students as their EMT or CPR instructor, our faculty at the College as a well-respected co-worker, the students at Delaware County Fire Training Academy where he was a state fire instructor, Philadelphia Fire Department, Springfield Fire Department, Springfield ambulance, and many other organizations where he volunteered his time. Our Emergency Services family is broken hearted. We are all doing the best we can and trying to make sense out of this tragic, sudden loss of our dear friend.”

In addition to the praise Captain LeTourneau has received as a first-rate first responder, he is also being remembered for his community service. The Red Paw Relief Team, an organization that helps two and four-legged victims of local disasters, was also sad to hear of the loss of one of their dedicated volunteers. On their Facebook page, they offered condolences for their volunteer “Matt was a great firefighter, but an even better person. He was a longtime supporter of Red Paw, a volunteer, a foster, a donor and a dad to two #fire kittens that he actually rescued from a fire.”

In a brief, but distinguished career, Captain LeTourneau epitomized the education and training offered at Delaware County Community College. We send our deepest condolences to his friends, family and colleagues as they cope with this sudden loss.