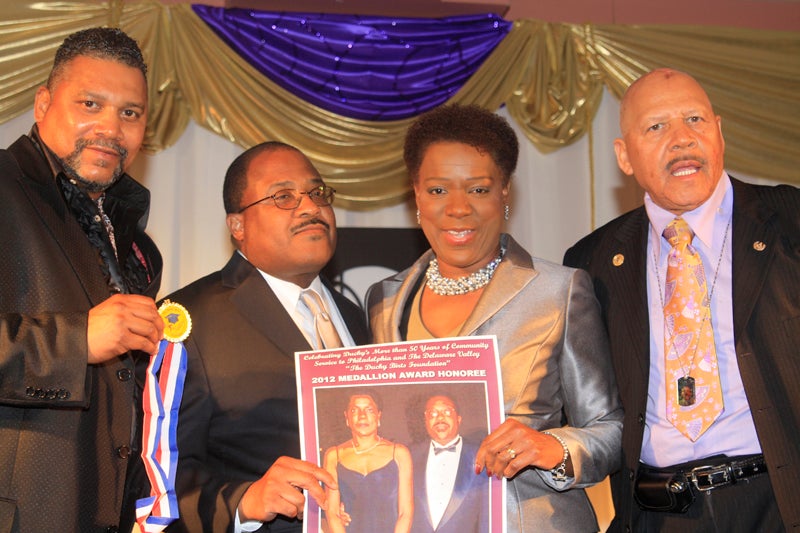 (Delaware and Chester Counties, PA, April 24, 2012)—The Ducky Birts Foundation Medallion Award was presented to Irving and Carlotta Randolph at the Sixth Annual Medallion Scholarship Banquet held in Philadelphia on April 21, 2012. Carlotta Daniels-Randolph is the Managing Director of the Workforce Employment Services for Delaware County Community College and a member of the Advisory Board to the Delaware County Housing Authority Self- Sufficiency program.

Irving Randolph, an award winning journalist, was recognized for his leadership as managing editor of The Philadelphia Tribune, the nation’s oldest continuously published African-American newspaper. Honored as a couple for their extraordinary leadership and commitment to the development and education of Philadelphia’s youth, they also received citations from Philadelphia Mayor Michael A. Nutter, City of Philadelphia City Council, the Commonwealth of Pennsylvania’s Senate, House of Representatives and Pennsylvania Legislative Black Caucus.