A Year of Social Reckoning: What Comes Next? the Focus of Next Dialogues for Diversity Event with David W. Brown 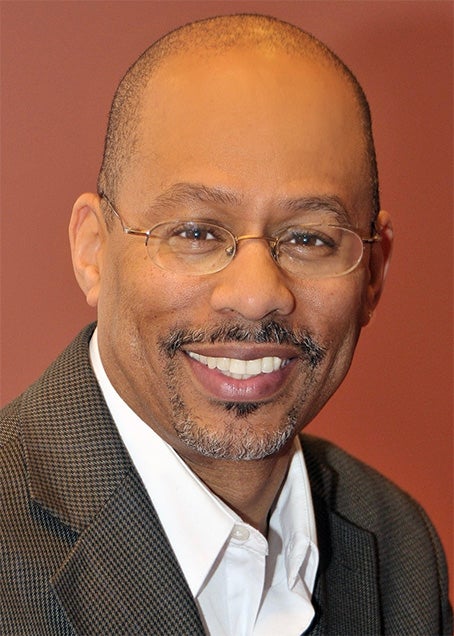 (Delaware and Chester Counties, PA • November 16, 2020)—“A Year of Social Reckoning: What Comes Next?” will be the topic of Delaware County Community College’s Center for Equity and Social Justice’s third in a series of Dialogues for Diversity. This virtual conversation will feature David W. Brown, assistant professor of instruction and diversity advisor to the Office of the Dean for the Lew Klein College of Media and Communication at Temple University.

The year 2020 has been an unprecedented time of social reckoning and racial unrest as the country has grappled with questions of inequality amid a global pandemic. This Dialogues for Diversity session will evaluate what we have learned about ourselves and the world during this year, and how we can develop new priorities that promote community and self-empowerment. This virtual dialogue will be held from 5 p.m. to 6:30 p.m., Tuesday, December 1, and is free and open to the public.

Before Temple University, Brown served as executive director of the West Philadelphia Alliance for Children, a nonprofit focused on child literacy that opened and operated previously closed public elementary school libraries. He also is founder of the Marketing Collaborative, a nonprofit that provides strategic marketing services to other Philadelphia nonprofits, and he has run or owned five advertising and public relations agencies over the course of his career.

A graduate of Duquesne University, where he majored in journalism, Brown also is a graduate of Eastern Baptist Theological Seminary (now Palmer Theological Seminary), where he earned a master’s degree in theology with a focus on public policy. He serves part time as Lead Pastor of Wharton-Wesley United Methodist Church in West Philadelphia, and he is the author of Freedom Drawn from Within, which examines the historic role that African Americans have played in the formation of the modern United Methodist church.

He is also the 2016 recipient of PRSA’s David Ferguson Award for Outstanding Contributions Education and is a 2016 recipient of the National Black Public Relations Society’s Ofield Dukes Educator Award, which recognizes African Americans in the public relations industry who are making positive contributions to their communities.

Delaware County Community College’s Center for Equity and Social Justice was created to encourage courageous, respectful community conversations about the sensitive, often controversial issues of racism and social injustice. The Center is under the purview of the College’s Office of Diversity, Equity and Inclusion. The Center’s first event, held July 28, was on the topic of policing in our communities and featured conversations with local police officers and community leaders. The Center’s second event, held September 29 and titled “Discussing Race in Our Communities,” featured New York Times-bestselling author Austin Channing Brown, host and executive producer of the video web series, “The Next Question,” which engages visionaries, leaders and artists in the substantive questions of racial justice.