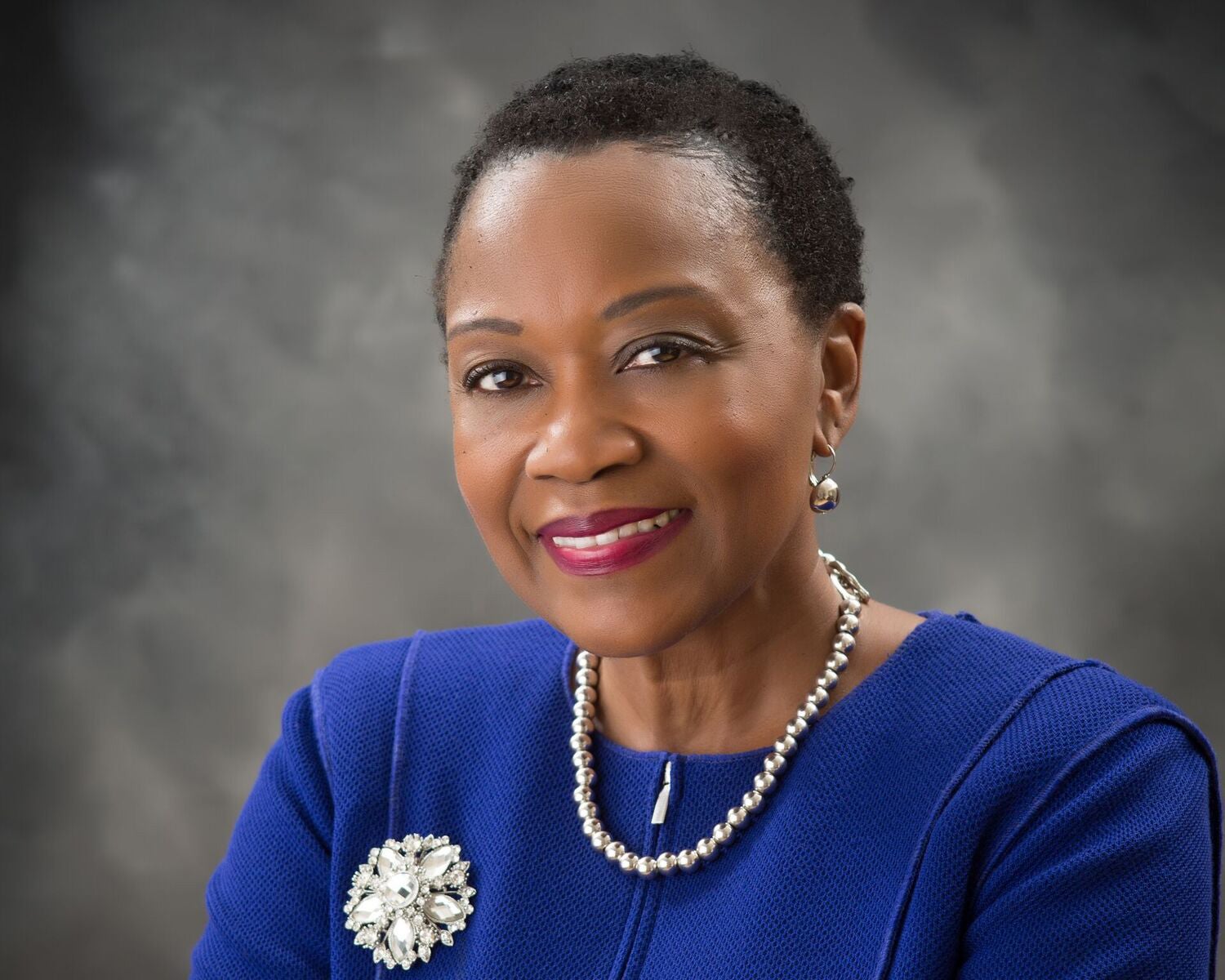 Keynote speaker Leslie Richards, general manager of the Southeastern Pennsylvania Transportation Authority, complimented Dr. Gates Black on leading the College during an unprecedented time when COVID-19 has threatened the safety and economic well-being of students and residents and during a period of national turbulence and soul-searching on issues of race, equity and community policing.

Richards especially recognized Dr. Gates Black for establishing the College’s first Center for Equity and Social Justice, which is hosting the College’s new Dialogues for Diversity series of virtual community discussions on  equity and social justice. She also lauded Dr. Gates Black for volunteering to lead the Pennsylvania delegation of the Reskilling and Recovery Network, a national initiative led by the American Association of Community Colleges (AACC), the National Governors Association and higher education and training leaders from 20 states, to help retrain workers impacted by COVID-19. “It is impressive how she has demonstrated true leadership in this time,” Richards said of Dr. Gates Black, who is an AACC board member.

In receiving the award, Dr. Gates Black—the first woman and the first African American to head Delaware County Community College—thanked her grandmother and her mother, two strong women she said who raised her to give back to the community, her husband and her many mentors and role models. In addition, she thanked her College family. In a question-and-answer session at the end of the luncheon, Dr. Gates Black said, “I’m able to be here today, but it’s because of the great work of the faculty and staff at the College.”

The ATHENA Leadership Award® is presented by chambers of commerce, women’s organizations and universities to a woman, or man, who demonstrates the qualities embodied in the ATHENA Leadership Model and who has achieved the highest level of professional excellence; contributes time and energy to improve the quality of life for others in the community; and actively assists others, particularly women, in realizing their full leadership potential. Almost 8,000 leaders have been recognized with the award in 500-plus regions representing 48 states and 11 countries, including the United States, Bermuda, the United Kingdom, China, Canada, Greece, India, Russia, the United Arab Emirates, Ghana and Mexico.

Inspired by the goddess of Greek mythology known for her strength, courage, wisdom and enlightenment, the award is unique in both scope—local, national and international—and the ATHENA mission upon which it is based. By honoring exceptional leaders, the ATHENA Leadership Award® Program seeks to inspire others to achieve excellence in their professional and personal lives.

About ATHENA International
ATHENA International is a global non-profit organization providing a proven framework and distribution model dedicated to building a global pipeline of women leaders "from the classroom to the boardroom," particularly in underrepresented areas such as technology and business. Since 1982, ATHENA International has empowered women leaders to reach their full potential through leadership training, their trademarked ATHENA Powerlink® entrepreneurial advisory boards, and through global, national, local, young professional and organizational ATHENA Leadership awards. Unlike other leadership training offerings, ATHENA International is the only organization that provides an age-appropriate continuum toolkit for elementary school, middle school, high school, college, corporate and board candidates which has also been proven effective for women incarcerated.

All programs are based on the philosophy of the transformative, research-based ATHENA Leadership Model (ALM) and its eight principles of enlightened leadership, underwritten by a grant from the W.K. Kellogg Foundation. Through the generosity of major underwriters and a unique, affordable licensing fee model, ATHENA International leverages local host communities to scale its footprint by partnering with hundreds of chambers of commerce, colleges & universities, women's organizations and affiliate communities in 48 states, 11 countries and growing. Since inception, over 7,200 female and male leaders have been recognized in 500 regions, impacting more than 500,000 members annually.