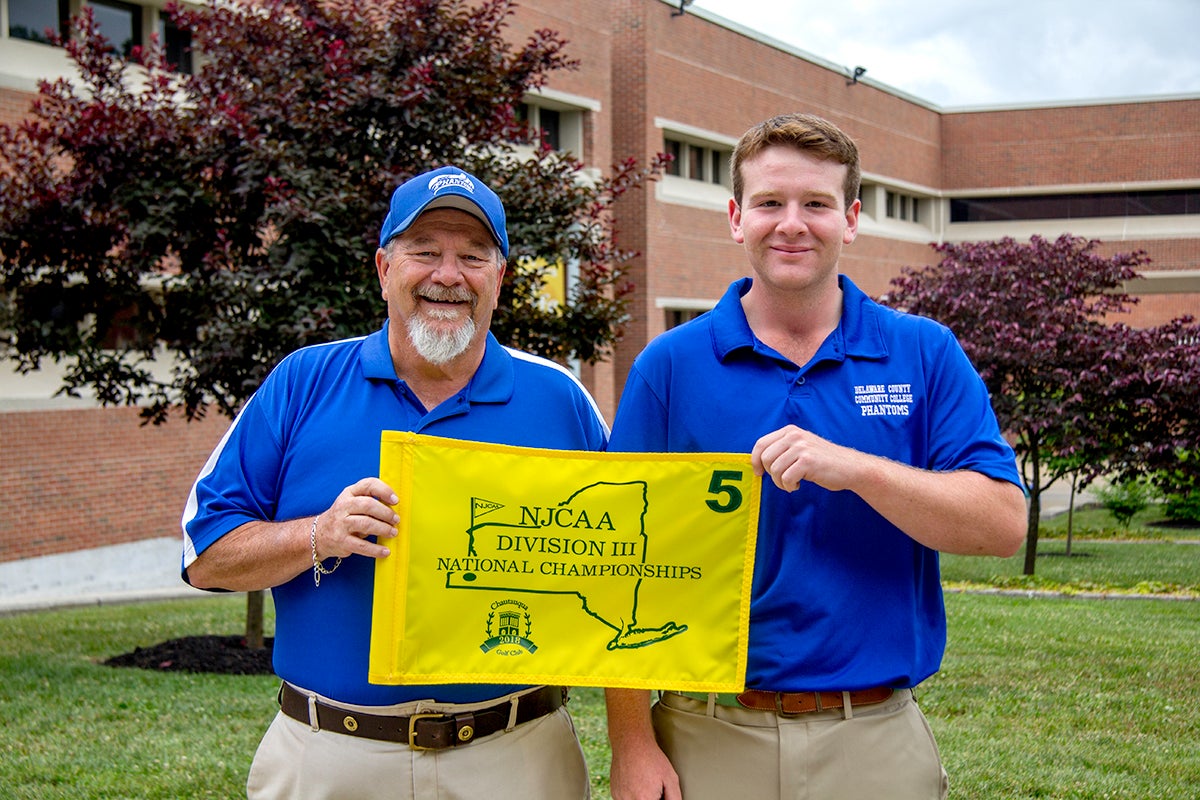 Weir, a native of Newtown Square, is excited about his big win. “My original goal was to place in the top 18,” he says, noting that that ranking would earn him All-American honors. He was happy to learn that after the first two days of the tournament, even though he felt like he did not play his best golf, he was in first and then second place before finishing in fifth. “This was my first time playing in a four-day tournament and I’m really happy with my success and to be the College’s first All-American student-athlete.”

Golf has been an integral part of Weir’s life since he began playing seriously four years ago. When he’s not in class, you’ll find him working, caddying at Aronimink or practicing at Paxon Hollow. Where he needed conditioning, however, was in preparing for the mental pressure of a championship tournament. That’s where Head Coach Wayne Horn stepped in.

Horn, who has coached men’s golf for more than twenty years, recognized the raw talent in Weir as soon as he joined the team, but he also saw that, as a young player, Weir wasn’t comfortable with the pressures of tournament play. “This year, I worked with Tom on not only his golf game, but also on ways to handle stress and what to expect. I played alongside him—to apply pressure—while showing him different ways to play a particular hole.”

“Coach Horn was a big help to me, and I want him to get the most credit for my success. He knew that I could play but that I needed shaping,” Weir says, humbly.

“I’m on cloud nine and very proud of Tom,” Horn says. “I’m also excited for the College because we have never had an All-American athlete. I hope this will encourage more students to participate in sports here.”

“Tom's national performance is huge for the Phantoms athletics department,” adds Suni Blackwell, Director of Wellness, Athletics and Recreation. “Delaware County should take notice and know that the College produces very good student-athletes that compete at a high level and go on to be productive members of society.”

In the future, Weir hopes to become a head golf professional. In the meantime, his summer plans include caddying, working, practicing and spending a week in Ireland to visit family for his grandfather’s 90th birthday. Weir will be back at the College for the 2018-19 academic year before transferring to West Chester University to complete his bachelor’s degree.