(Delaware and Chester Counties, PA • May 21, 2020)—COVID-19 cannot and will not deter Delaware County Community College graduates and students from achieving their career and life goals. The following students are living proof of what hard work, drive and ambition can accomplish.

Among the students to be celebrated are a high school dual enrollment student, now headed to Harvard University with a scholarship; a 2019 graduate and native of Ecuador transferring to Thomas Jefferson University in the fall with a full scholarship; and a non-traditional student, who transferred out of two four-year schools before finding her footing at Delaware County Community College, where she became Student Government Association president and was selected as the 2020 student Commencement speaker. The College has postponed Commencement because of COVID-19. 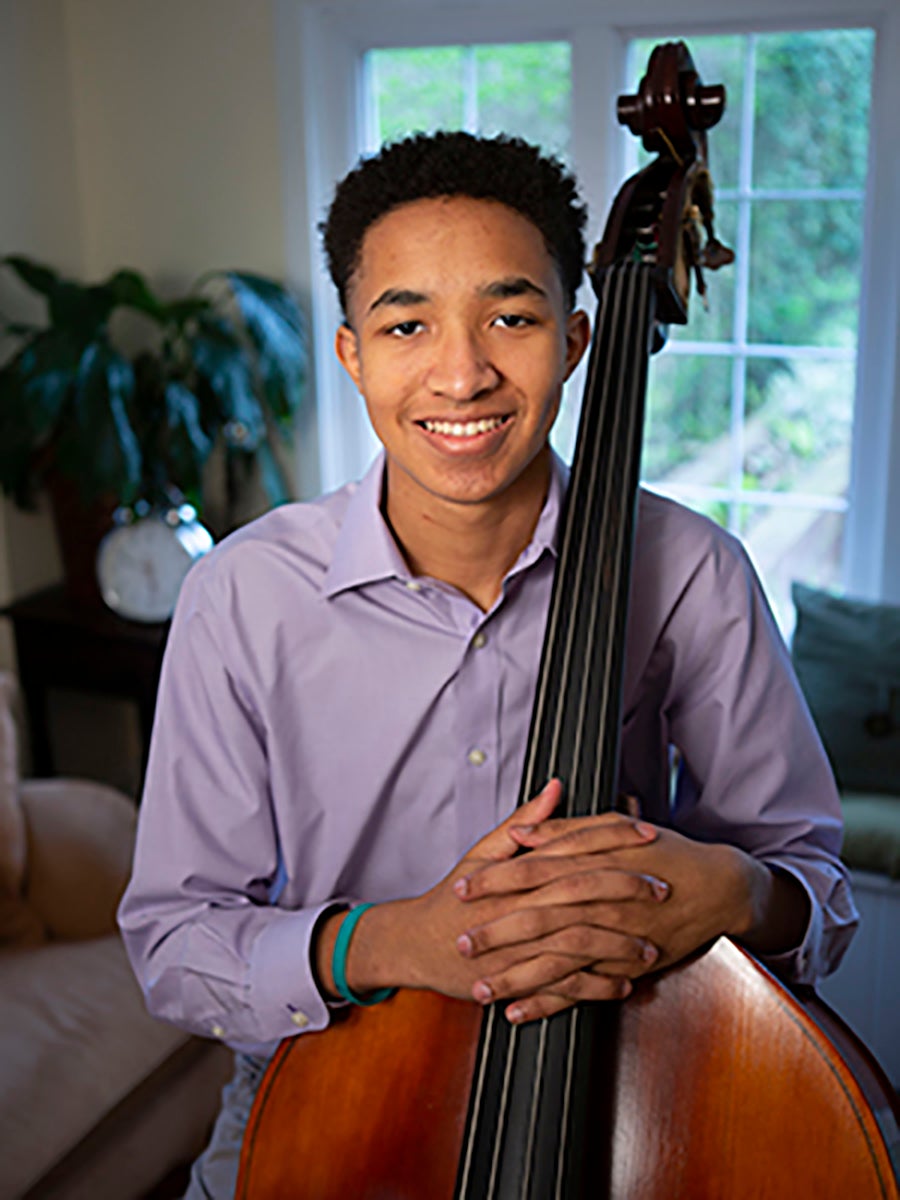 Enrolled in high school dual enrollment programs at both Delaware County Community College and Drexel University, Braden Ellis, 18, earned about 60 college credits, enough for him, under state guidelines, to receive his high school diploma in April. Between the two schools, Ellis took college-level courses in English, Spanish, Biology, Pre-Calculus, Physics, History, and Global & Africana Studies. One of his favorite courses was with award-winning Delaware County Community College Biology Professor Dr. Bela Dadhich. “Dr. Bela was really nice and made it fun to go to class,” he said.

Ellis was accepted at five Ivy League universities, but chose to attend Harvard University in the fall, where he plans to major in Economics and maybe minor in music, toward his career goal of becoming a corporate business agent or attorney for musicians. His younger brother, Peirce Ellis, is also a high school dual enrollment student. Their mother, Barbara Ellis, said dual enrollment was critical to her sons’ development because they are home schooled and the program provided the opportunity for them to be evaluated by people other than their parents, and it helped them learn how to navigate a college environment. “The Delaware County Community College high school dual enrollment program was crucial to what they have been able to do academically,” she said.

A gifted musician, Braden Ellis has won numerous awards and scholarships. He plays the double bass and electric bass, enjoys jazz and classical, has performed at Carnegie Hall, and has had his compositions performed by the Kimmel Center’s Advanced Jazz Ensemble at venues throughout Philadelphia. He is a 2020 recipient of the Jack Kent Cooke Young Artist Award, and performed French composer Jules Massenet’s Meditation from Thaïs on National Public Radio’s (NPR’s) From The Top’s “Blanket Fort Show” in April. He also was a 2019 finalist of Questbridge, a California-based, nonprofit that connects the nation’s most exceptional, low-income youth with leading colleges and opportunities, and he is co-founder of Ellis Village, a community arts engagement venture (www.ellisvillage.com).

Ellis attends The Juilliard School’s Pre-College program and has served as co-principal bassist in Temple University’s Youth Chamber Orchestra (YCO) for Gifted Young Musicians and in the University of Pennsylvania’s Symphony Orchestra. He spent the summer of 2019 at the McCombs School of Business Future Executive Academy at The University of Texas at Austin, as well as touring Iceland with Temple’s YCO, and attending jazz camp at the Interlochen Center for the Arts in Michigan. He also is a three-time Marian Anderson Young Artist Study-Grant recipient. 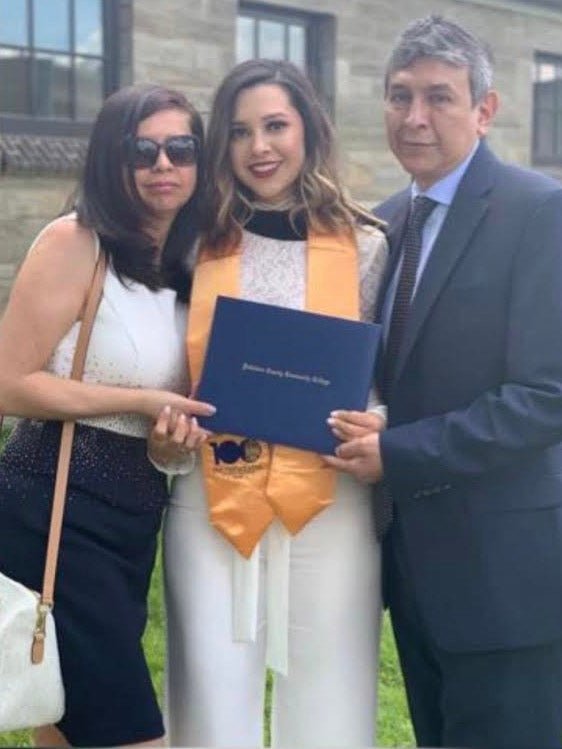 Seven years ago, Alejandra Ortega, her parents and brother immigrated to America from Quito, the capital of Ecuador, in search of a better education and “una vida mejor”—a better life. Last year, Ortega graduated from Delaware County Community College with an Associate in Science, and has continued taking online courses with the College. “Thanks to all the opportunities Delaware County Community College offered me and all the hard work, now it’s paying off,” Ortega said. This fall, she will transfer 65 credits to Thomas Jefferson University, where she received a full scholarship and will pursue a Bachelor of Science in Pre-Medical Studies, toward her career goal of becoming a doctor.

“I want to accomplish my goal of graduating from Thomas Jefferson University and continue my studies to not only make my parents proud, after all their sacrifice, but mainly to serve the community,” Ortega said. “I’ll be the first generation to graduate from college in America, and hopefully the first doctor in the family.”

Ortega received multiple scholarships from the College’s Educational Foundation, and was a member of the Phi Theta Kappa national honor society and the LatinX Student Association. In 2015, Ortega, while a student at Upper Darby High School, won second place in Upper Darby’s International Mother Language Day, “One Nation Many Languages,” poster contest to promote linguistic diversity. In 2017, while a student at the College, Ortega was a speaker for a Latino Student Perspectives and the College Experience panel discussion during the College’s Third Annual Latinos in Education Conference, “Beyond Multiculturalism: Empowering Latino Students and the Community.” 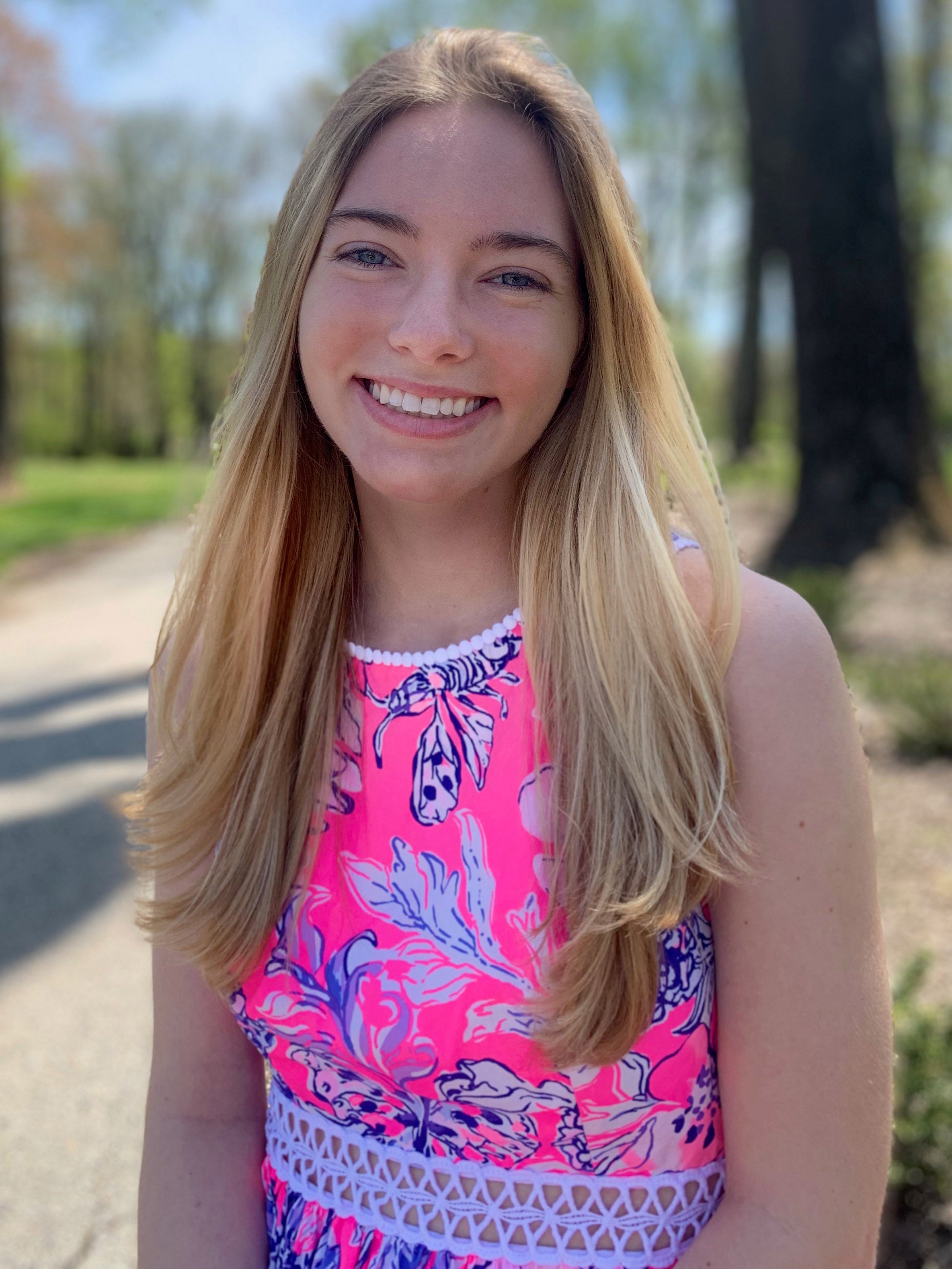 Selected for the high honor of 2020 Commencement student speaker, first-generation student Meredith Adams graduated with an Associate in Liberal Arts and plans to study Business at a four-year college or university, with the goal of one day operating her own business. After transferring out of two four-year colleges, Adams said she gave up. “I lost hope that there was a college for me and dismissed any thought that I would find somewhere I would be happy,” she said. Then, she enrolled at Delaware County Community College and met a college advisor who took the time to walk her through career fields that fit her interests. “Little did I know what a pivotal role she would play,” she said.

During her time at the College, Adams served as a peer mentor and was involved with the Student Government Association, serving as president this past year, allowing her to participate in Academic Affairs and Student Conduct committees and forums that gave her an appreciation for the College and its diversity. “The students are all here for different reasons—first generation students, transfers, veterans, students who didn’t start college right away, and others who just didn’t really know what they wanted to study yet,” she said. “The diversity at Delaware County plays a critical role in the open-minded and curious students we become. I am consistently challenged to consider different points of view and listen more than I speak.”

Although she is sad her time at the College has come to an end, Adams said, she is “grateful for the doors Delaware County Community College has opened for me.”