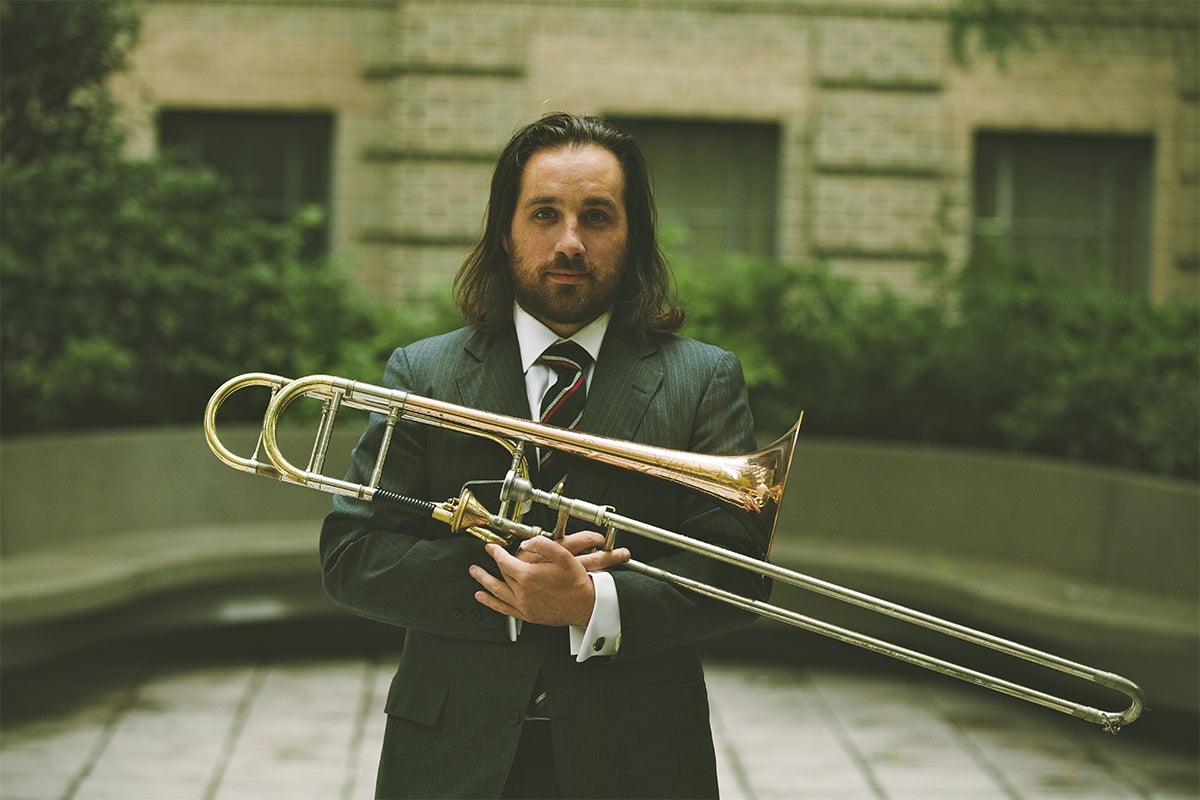 An adventurous solo trombonist, Lang presents a unique and fun program of all solo trombone literature ranging from the 17th century to the music of our day.  Originally from Long Island, he is an active performer, improviser and teacher based in New York City. He can be found playing in all settings and styles, from the avant-garde and classical to Broadway and indie chamber pop. He has given his signature unaccompanied recitals throughout the United States, played concertos in both America and Europe and has also recorded with such artists as Philip Glass, David Bryne, St. Vincent and Jonsi (of Sigur Ros).

Intensely passionate for chamber music, he regularly performs alongside his groundbreaking ensembles loadbang (an original and unique group of musicians interested in cutting edge music) and the Guidonian Hand (a trombone quartet dedicated to breaking boundaries within the brass community). The New York Times has called his playing "fiercely, virtuosic" and the Boston Globe has hailed him for his "superb performance" in past solo works.

Admission to the performance is $10 and tickets are available online or at the door. ADA Assistive Listening Devices, accessible seating and free parking are available. For more information, visit dccc.edu/concerts or contact Caitlin Flaherty, Supervisor of Arts Administration, at 610-359-5266.