Beginning with the Summer I session and going forward, vaccination will no longer be required for students, faculty and staff. However, certain divisions, such as Allied Health & Nursing, may have specific vaccine/masking requirements. Masking is optional at all College locations. Learn More >>

Season Preview: Infusion of Talent Has Baseball Swinging for Playoffs 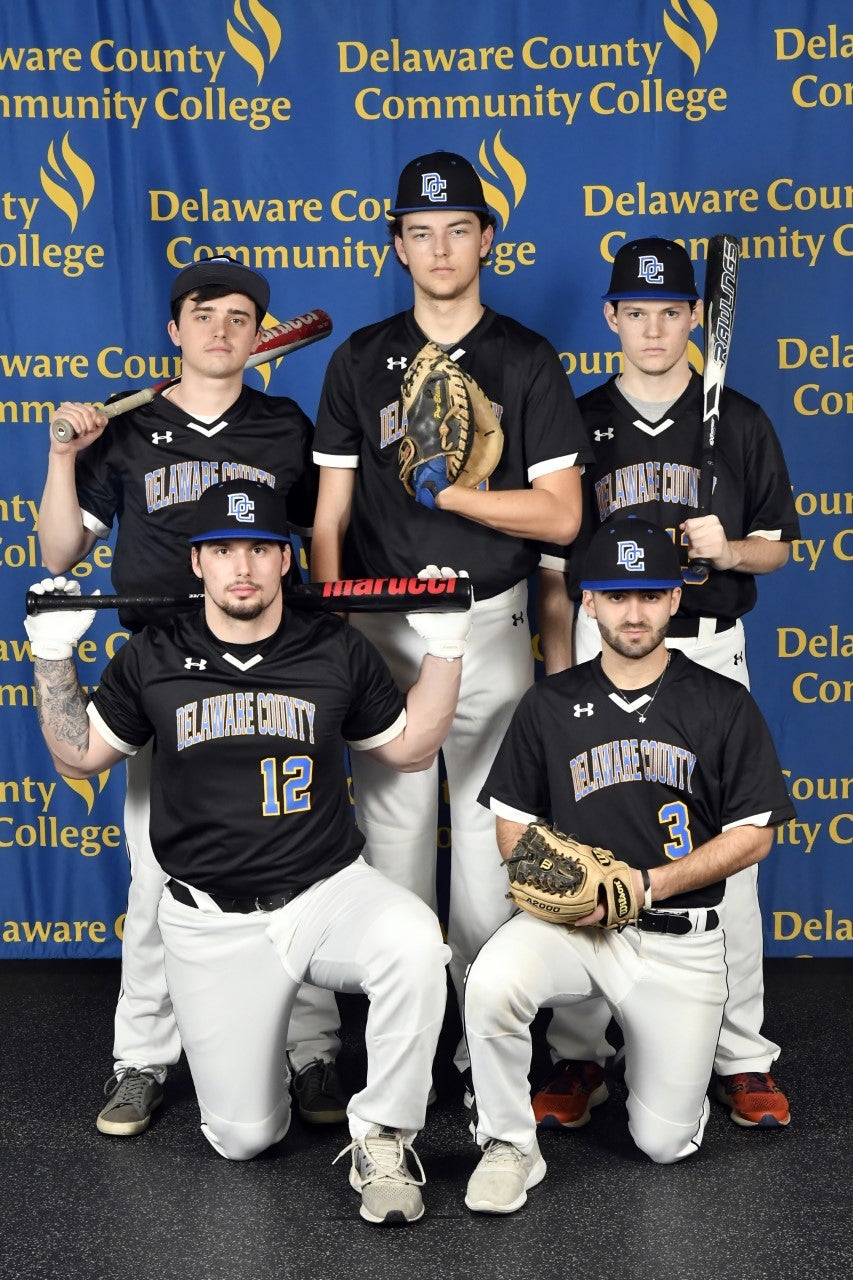 Improvement is the name of the game for the Delaware County Community College baseball squad this season.

Head coach Kahreem Cunningham, in his second year at the helm of the program, sees forward progress as more than just a possibility. “We want to improve on last year and we have the talent to make that goal a reality,” reflected Cunningham. “It might take us a couple of games to gel as a team, but from the middle of the season on our singular objective will be to qualify for the playoffs.”

Cunningham identifies Mark Bianchi and Solomon Bayuk as two of the veterans spearheading the Phantoms’ expected rise in the conference standings. Bianchi topped the team in batting average (.282) and on-base percentage (.440) while Bayuk provided a steady presence in the outfield. “Mark and Solomon have been great leaders throughout the preseason,” said Cunningham. “They have been models of consistency while promoting accountability.” Michael Bender, Joe Dougherty and Kevin Liney also return for the Phantoms.

Assorted new faces have already turned the heads of coaches and teammates alike. “Heriberto Bahamonde, Jr. came in in tremendous shape and is primed for a big year,” offered Cunningham. The first-year player from Franklin Learning Center is anticipated to pitch and play third base. Brandon Davenport and Kevin Merrone also look to have an impact on the infield with their standout glove work expected to be on display at shortstop and second base, respectively. A further look at the squad’s defense finds Bayuk, Kevon Harris and Janai Vaughan patrolling the outfield.

Bahamonde Jr., Davenport and Merrone will join with Bianchi (first base) to make the Phantoms’ infield a team strength. Looking at the catcher spot, first-year Patrick McCloskey aims to be a reliable presence behind the plate while Dougherty serves as a seasoned backup option.

Pitching is an integral part of any team’s success and the Phantoms will feature a deep staff who will collectively look to be a difference maker. Lefty Tyler Wright tops a skilled cast of newcomers looking to make an impact from the mound. Wright will get the ball first in Saturday’s opener against Chesapeake College while Cody Snyder, Wayne Stewart, Billy McMillan and Bahamonde, Jr. are all expected to toe the rubber.

Striving to increase their total run production, the Phantoms will feature a balanced batting order that will hope to utilize its overall speed while also remaining patient. “You can expect to see a lot of small ball,” shared Cunningham.

“Chesapeake will have already played two games by the time we see them,” said Cunningham. “The Skipjacks will already be up and running so the challenge for us is how fast can we adjust to the collegiate game.” While Cunningham was sharing his thoughts on the first matchup of the 2020 campaign, he might as well have been talking about the whole season.

“The question mark in my mind is how fast we will be able to shake off adversity,” Cunningham wondered. “How long is it going to take us to grow up on the field?”